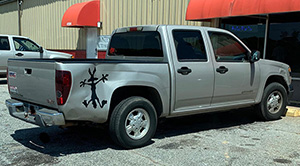 This Is The Best Dent Repair I've Ever Seen

This truck owner in South Carolina found a brilliant way to 'repair' a large dent in his vehicle without spending a fortune.

A beautiful home in Felton, California, has just been listed for sale on Zillow for $999,000.

The Movile Cave in Romania has been sealed off for millions of years. Scientists have discovered unique life forms trapped inside.

The Oriental Shorthair is a unique cat with up to 300 possible color combinations.

A woman in Washington, DC, posted photos of what her beloved uncle has been doing during quarantine: building a 'Gateway to the Imagination' in his backyard.

Jim and Joanne Sterling of Manson, Washington, are bringing joy to the world with their bedroom antics.

A pod of dolphins off the coast of Queensland has been bringing ashore gifts from the sea -- apparently because they miss human interaction.

My husband has a new quarantine hobby of Zoom bombing my conference calls.

Pet cats are killing so many animals.

Just like humans, dogs go through the same defiant stage during puberty, a new study finds. 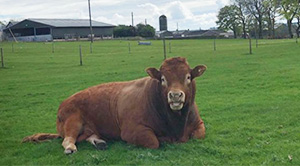 A bull named Ron cut power to about 800 homes in South Lanarkshire, Scotland, during an attempt to relieve his itchy butt. 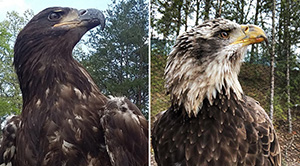 It Takes Bald Eagles 5 Years To Obtain Their White Heads

Bald eagles are not born with white head and tail feathers. It takes 5 years for this process to occur. 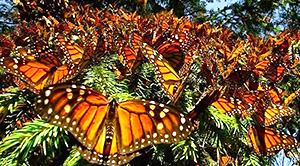 'Look At The Butterflies': Read This If You're Holding On To A Terrible Memory

Are you holding on to a bad memory that you just can't shake? Here's a powerful way to alleviate that suffering it may be causing you. 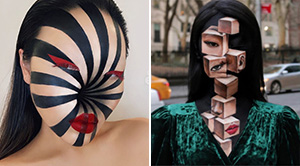 All Of These Were Done Only With Makeup

The following photos are by professional makeup artists Mimi Choi, based in Vancouver, and Dain Yoon from South Korea. 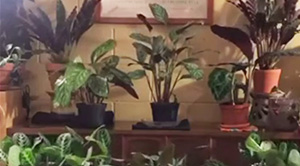 Your plants are alive and move around in real time. We just don't notice it.