The inspirational, feel good stories posted in this section are from everyday visitors, like YOU, through our post a story page. Please browse through the stories and then share yours!

Yesterday We Had To Make The Hard Decision...

Yesterday we had to make the hard decision to let one of our Beagles grow her wings. We stopped off at McDonalds on the way to the vets to get her some chicken nuggets. The lovely Jade at Jindalee McDonalds saw us get the dogs out of the car and commented on how beautiful they were. Once she found out why we were there, she brought our girl an ice-cream. It may not be much to...

Today My Husband Had His First Job Interview

Today my husband had his first job interview after being out of work for nearly 5 years after a work place accident. The interview was quite a distance away so we sourced his route and timing and he set out. Brisbane’s weather is foul right now, huge temperatures and he was walking from the train station to the office (about 2.5km) a mother and daughter pulled up and said they would like to...

So This Happened In Montana

So this happened in Montana. I'm on my way to go to my interview this morning when I get pulled over by a police officer. I am native American and my friend that was with me is black. Just saying. Both brake lights decided to go out this time. As he walked to the car and I was pulling out my stuff, he quickly said, "Don't worry about pulling anything...

First Time For Everything...

First time for everything. I never thought it would happen to me but it did. Kindness or as some may say paying it forward. I put some petrol in the car went to pay and the lady said 'I think you will have a great day'.  'Why?' I say. 'Because the lady in front of you has paid for your petrol.' My jaw dropped. I'm very...

My daughter has a new app on her phone that can clear up and enhance old photographs. She used it to make copies of pictures from my old photo albums, brighten them up, and email them back to me. There were pictures of Mom, Dad, Nana, my brothers, me and my first dog Duke. Looking at them brought back so many loving, happy memories. I even put one on my laptop computer as my new screen saver. It is...

I recently posted my disabled daughters special needs Trike on marketplace for free as she had outgrown it and it was very expensive- I just wanted a child who was disadvantaged like my own to have the freedom most families/children take for granted. I had a family collect it a week ago, and we had a good chat about life and what not. We had a few tears together but we were all very excited for...

Years ago on a train on my way into city I noticed a family got on - 2 little girls, their Mom and mother’s friend. They had packed trolley bags, on their way to a destination where, from what it looked like, they were going to be there some days. The girls sat down next to an older gentleman. Down the ride one of the little girls started speaking to the man and most passengers within audible...

To The Beautiful Woman Who Just Paid For A $400

To the beautiful woman who just paid for a $400 plus trolley full of groceries for a father and his two sons at the Karingal Aldi, you are a wonderful human and I hope that the kindness showed by you today, comes back to you tenfold! I felt helpless standing there watching his card decline a couple of times because I myself, am not in a position to cover his groceries and I was desperately wishing I...

When I was a boy growing up we didn’t have much. Most of the clothes I wore were hand me downs from my two brothers. The books I read were old, worn, and dog-eared with stained, yellow pages. My toys were few and came only at Christmas or my birthday. We didn’t even buy that much at the grocery store because we raised so much of our food at home. We raised pigs for meat and had four HUGE vegetable...

I was bullied a lot in secondary school (11-18 years old for people who have different school systems). There was one main culprit, let's call him C. Over many years, this boy physically and verbally abused me every day. This went on for a long time. Eventually we left school, no idea what he went on to do, I think it was construction. Many years passed. One day I was walking to the supermarket,...

Shout out to the stranger in the drive through who paid for my meal today. Not sure if you saw me crying behind you, or just felt like being kind, but you made my horrible day/week/month a little brighter. Also shoutout to the poor drive-through worker who had to deal with me as I cried of happiness over free French Fries...

Well I have two acts of kindness on my mind today...one was from several years ago. We were traveling home over the winter holidays by car and stopped to have supper. There was a big snow storm in the news but we were traveling south and the roads stayed clear for us for hours so we figured we'd beat the storm. By the time we were finished eating the temperatures had dropped to just below... 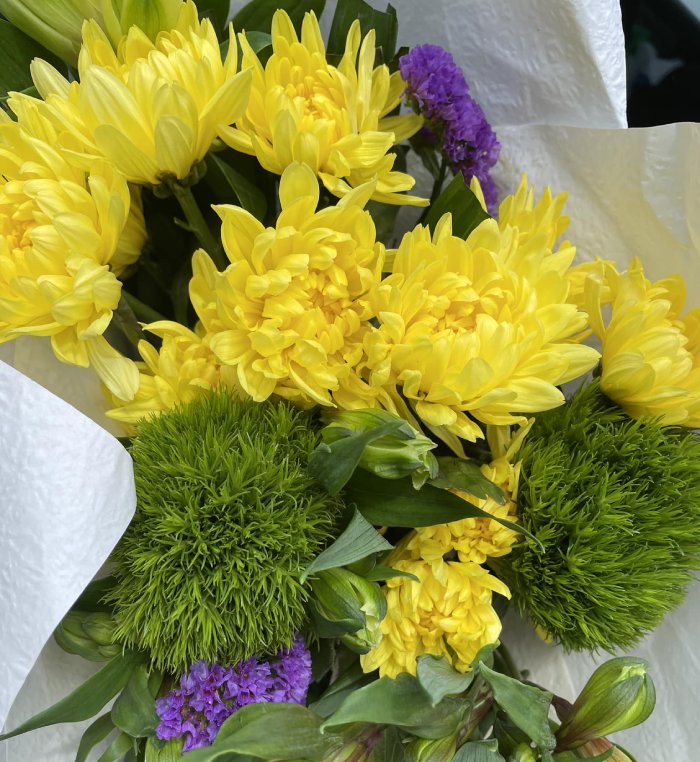 A Very Unexpected Show Of Kindness

Today a Woolworths employee gave me a bunch of flowers. A very unexpected show of kindness. Yes there is a story and it shows how simple words can make someone’s day better. Wind the clock back 3 years and I was going through chemo and radiation and pretty much feeling like …. Well you can imagine. The one thing I could do to help my family out was to do the groceries online. I would do...

On My Run This Morning, I Was Flagged Down By An Elderly Chinese Woman Waving Her Phone At Me

On my run this morning, I was flagged down by an elderly Chinese woman waving her phone at me speaking to me in Mandarin. She spoke no English at all. She was clearly lost and was trying to walk home (which would’ve been a 40 minute walk at least)… although I was mid circuit on my morning exercise- I knew that her reaching out had to take precedence. She showed me screen shots of maps...

You Never Know The Impact You Have On Someone

You never know the impact you have on someone. I am not in a good place at the moment as I am grieving. For the past week I have struggled to even get out of bed. This morning I managed to get to the shops for some food, but was desperate to get back home again. I was dismayed to be approached by a fundraiser for G.O.S.H. My heart sank and I began to feel a little...

It was early January and my stomach was grumbling at me. It had grown used to all the extra food I had been eating during the holidays and wasn’t happy that I had gone back to my usual diet. “Hey!”, it yelled. “Where is my extra serving of turkey? I want another glass of eggnog! How about some more Christmas cookies and peanut butter candy?” While I tried to ignore the...

Restored My Faith In Humanity And Made My Day

Had a not-so-nice end to a beach day at Byron after being stung $120 for unknowingly reverse parking in a carpark at Clarke’s beach (instead of parking front-in) at a separate carpark area which I hadn’t realised had specific parking requirements enforced by the council. After I received the fine, my partner had caught and notified a few others that had also accidentally made the same...