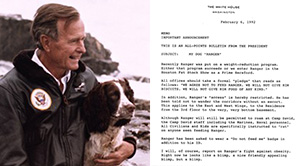 In 1992, George Bush Sr. had an English Springer Spaniel in the White House. Ranger gained so much weight that the President had to send this memo to the staff. 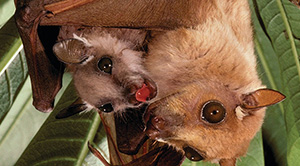 Mom Bats Use 'Baby Talk' To Communicate With Their Pups

When talking to babies or even dogs, humans tend to slow down their speech and raise their pitch. 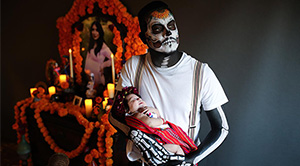 A father in California shared Coco-inspired photos on the Day of the Dead by holding his 'miracle child' in front of an alter that was built to honor his wife's life. 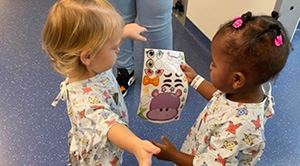 Two little girls who are both battling cancer met at the hospital before their surgeries and formed an instant bond. 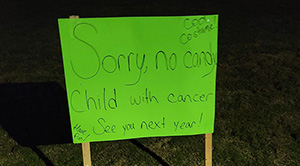 A mother in Atlanta, Georgia, has had her faith in humanity restored after what she witnessed kids do for her family on Halloween night. 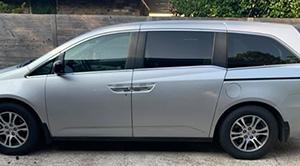 This is how you sell a minivan. 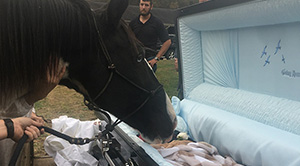 Janna Grapperhaus shared the touching story of the bond that was built between her father and an abused horse.

A young boy is being praised for his actions after noticing an elderly man struggling in a Walmart store.

A store in Japan replaced two ceiling tiles with glass just for the cats.

A mother's Facebook post of her daughter's school photo went viral last month and has inspired a teacher to take a similar approach to her own yearbook photo. 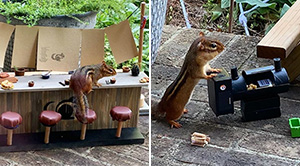 Food Writer Who Misses Restaurants Opens Her Own... For A Chipmunk

A freelance food writer in Atlanta has found a way to cope with being home all the time during the pandemic. She opened her own a restaurant for a chipmunk.

This dad gets dressed up like Michael Meyers from the Halloween films every year to scare his community in Decatur, Indiana.

Scott Mann snapped this photo and posted a touching story about his 'superhero' mother-in-law.

If you're familiar with Tim Burton films, then you'll love where the inspiration for this incredible bed comes from.