A couple in upstate New York opened their home to 10 Korean tourists after their bus got stuck in the snow. 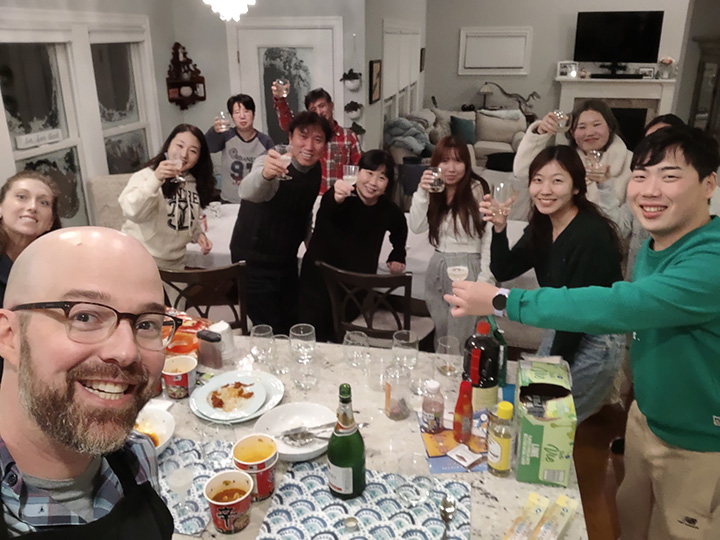 On Friday, a bus carrying 10 tourists got stuck in the snow near Buffalo, New York. The group of tourists were making their way to Niagara Falls from Washington, DC, when they found themselves in the middle of a blizzard.

Two men in the group decided to knock on the door of a nearby home to ask for shovels. Their plan was to dig the bus out and keep moving.

Instead, they ended up with a warm place to stay until they could be picked up after the storm cleared, The New York Times reported.

"2pm frantic knock on the door today during the worst blizzard I've experienced, was from a Korean tour-group of ten en route from DC to Niagara Falls, whose bus got stuck and remains stuck in front of our house. A Festivus surprise for all," Alexander Campagna said.

Campagna and his wife provided couches, sleeping bags, air mattresses, and a spare bedroom for their unexpected holiday guests.

The group spent two days swapping stories and cooking with their hosts. They watched NFL games and made several meals together.

"We have enjoyed this so much," Choi Yoseob, a member of the tour group told The New York Times, calling the experience an unforgettable one, and a "unique blessing."