A Portland woman was fired from her job with U.S. Bank after a Christmas Eve act of kindness. Now she works for a California credit union that created a job especially for her. 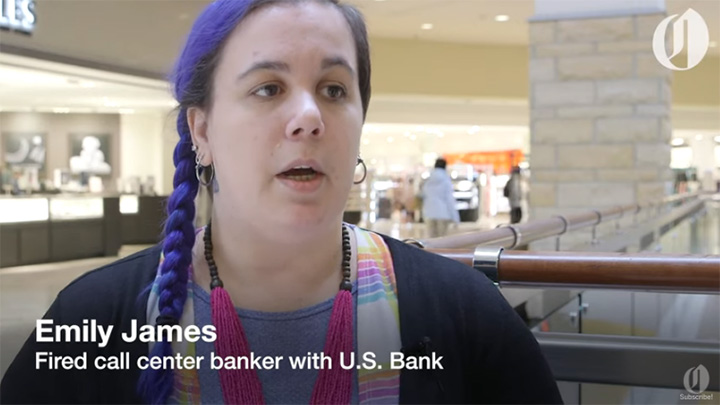 Emily James was fired by U.S. Bank after giving $20 of her own money to a customer, Marc Eugenio, who was broke and stranded at a gas station on Christmas Eve after the bank put a hold on his paycheck. James received permission from her supervisor to drive to the gas station where the customer was stranded and give him $20 in cash.

Both James, and her supervisor, Abigail Gilbert, were fired over the incident.

After the New York Times wrote about the firings, U.S. Bank offered them their jobs back. Gilbert accepted, but James did not want to return to her former employer.

Human resources for Community First Credit Union in Sonoma County, California, reached out to Oregon Live after James' story ran, wanting to get in contact with her.

"We read about Emily getting fired for an act of kindness and humanity," said David Williams, chief marketing and human resource officer for Community First Credit Union, in a press release. "At the same time, we had an employee do a similar act of kindness. We gave her an award for it. Helpfulness is in our DNA, and we are convinced Emily has that same DNA."

The credit union flew James to California to interview for a training supervisor position. She was offered the position and starts next month.

"It was exactly what I wanted," James said. "I want to be training, mentoring and helping others. I'll be training new hires as well as doing follow-up training."