The San Francisco Giants announced that they have hired Alyssa Nakken, officially making her the first female coach in Major League Baseball history. 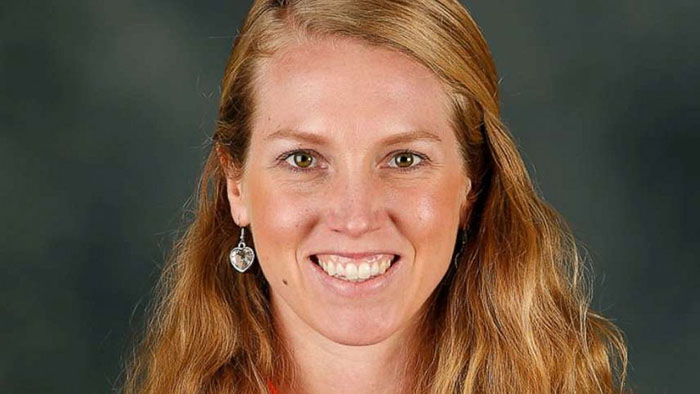 Nakken, a three-time Academic All American softball player for Sacramento State, was first hired by the Giants as an intern in 2014 and has since worked her way up through the organization to the major-league staff.

Before her promotion, Nakken was responsible for leading a number of the team's health and wellness events.

Congratulations to Alyssa Nakken who has made history as the 1st full-time female coach hired in #MLB.

She’s a 3x All-Conference softball player who has worked in baseball ops with the #SFGiants, and she holds a master’s in sports mgmt. 👏#trailblazer https://t.co/9Q2vwGL8gt

Last month, Nakken was nominated by her peers and co-awarded the 2019 Sprinkles of Love Award, a Giants honor, for her ethics, professionalism and humanitarianism.

On Thursday she was named an assistant coach under new Giants manager Gabe Kapler.

"In every organization, environment affects performance, and baseball clubhouses are no different," Kapler said in a statement. "That's why in addition to assisting the rest of the coaching staff on the field, Mark and Alyssa will focus on fostering a clubhouse culture that promotes high performance through, among other attributes, a deep sense of collaboration and team."