A woman in Northern Ireland was moved to tears after learning the meaning behind a random act of kindness in a toy store. 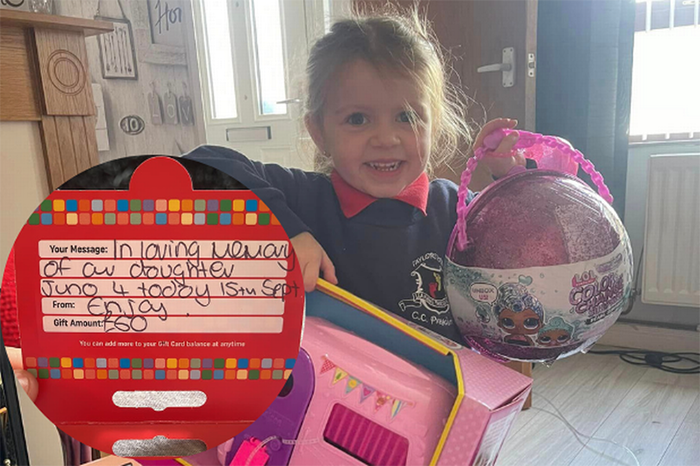 Caitlin Foster took her daughter Lacey to Smyths Toys in Ballymena to pick up a toy with the £10 her child had been gifted from her grandmother.

While shopping, Caitlin was approached by three staff members, who handed her a £50 gift card. They explained that someone had purchased it and asked for it to be given to a child of pre-school age.

Caitlin said when she opened the card, she was brought to tears.

"We had been at my granny's house, who lives round the corner from Smyth's and she had gave Lacey £10 to get herself a toy," Caitlin said.

"She was trying to pick toys that were more than £10 but I kept telling her she had to stick to it, which obviously was a hard choice to make for her. We were in the aisle and three Smyth's staff members came over, I am guessing one was the manager, and they asked if they could give me the gift card and that it had been left in by a woman in memory of her daughter who would have turned four that day.

I just started to cry, and then the workers were crying too. It was very emotional. They said they had been crying all morning since they found out about the card."

Caitlin posted about it on social media in hopes that the woman might see it and know that it had gone to someone.

"And all I can say is if Juno's mummy is reading this, I just want to say a huge thank you. She made my wee girl so happy and I am thinking about her and her family. It is very kind what she has done, and it has inspired other people to do the same."