A teenager from New York has invented a low-cost tool to spot elephant poachers in real time. 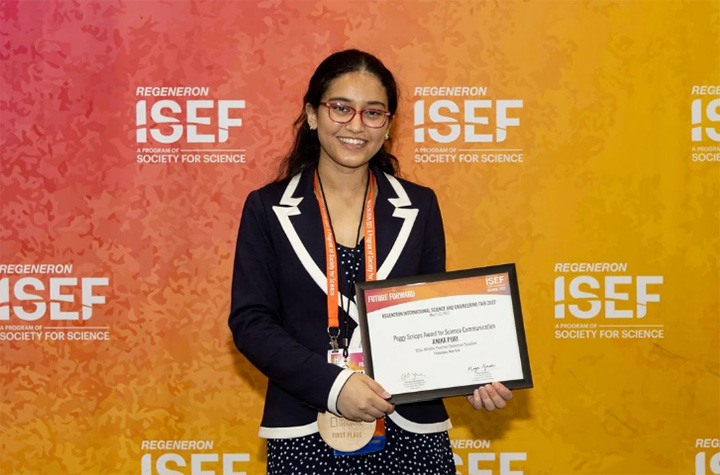 Anika Puri, 17, won the 2022 Peggy Scripps Award for Science Communication for her prototype of a machine-learning-driven software that analyzes movement patterns in thermal infrared videos of humans and elephants.

During a recent trip to India, Puri realized that elephants were still being poached for their tusks.

"I was quite taken aback," Puri told Smithsonian Magazine. "Because I always thought, 'well, poaching is illegal, how come it really is still such a big issue?'"

Over the next two years, Puri created ElSa (short for elephant savior).

This wildlife poacher detection solution is based on a simple process: an EISa camera attached to an iPhone hovers over a park on a drone and detects the movements of elephants or humans.

The 17-year-old's invention has earned praise from notable scientists.

Puri's software is "quite commendable," says Jasper Eikelboom, an ecologist at Wageningen University in the Netherlands who is designing a system to detect poachers using GPS trackers on animals. "It's quite remarkable that a high school student has been able to do something like this. Not only the research and the analysis, but also…being able to implement it in the prototypes."