A Texas woman who was missing for three days has been found alive by searchers in George Bush Park, a county park in Houston. 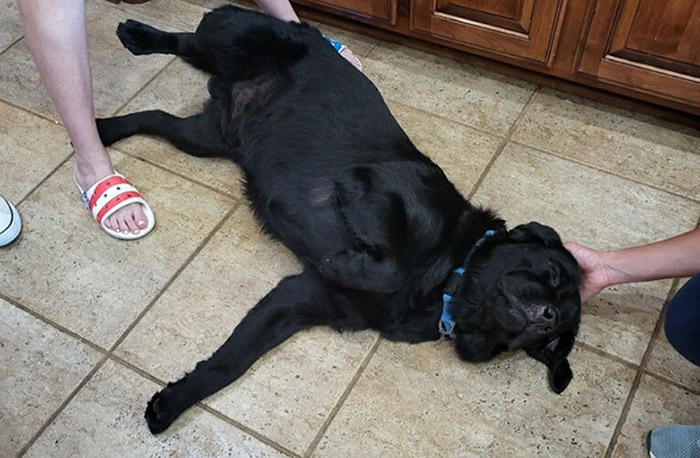 Sherry Noppe, 63, was found at 3 a.m. by a group of volunteers who were alerted by the sound of her dog barking.

Officials said she was a little shaken up and had cuts and bruises but should make a speedy recovery.

Her black lab, Max, is being hailed as a hero for helping signal searchers with his barking.

Courtney said it was around 3 a.m. when searchers turned off their vehicles and heard a distant bark. They followed the sound and located Noppe and Max.

Constable Ted Heap is relieved to report Sherry Noppe, missing since Tuesday, has been found in George Bush Park. She was located at approx. 3am Friday by a group of tireless volunteers and deputies who were alerted by the sound of her dog, Max, barking in the woods. #hounews pic.twitter.com/ZKOOjldJ94

Noppe was recently diagnosed with dementia but despite her memory loss, was said to be very familiar with the park's trails.