An Ohio woman's before-and-after recovery photo has been shared by thousands on Facebook, proving there is always time to change your path.

"How about that for motivation? I honestly thought I'd die on a park bench with a needle in my arm or by gunshot to the head. I would've never in a million years thought my life would look the way it does today," Ginny Burton captioned her photo. 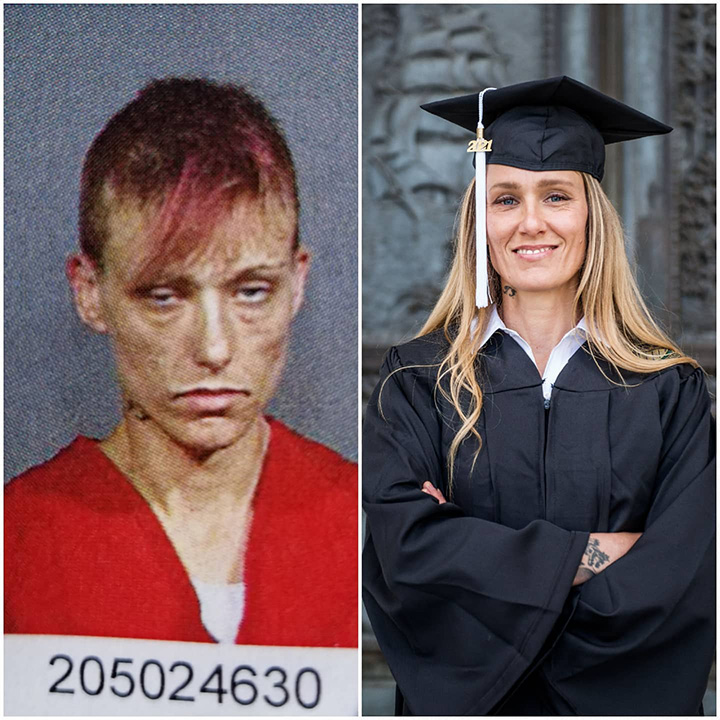 At six years old, Burton says she was introduced to marijuana by her mother. At the age of 12, she says she got into methamphetamine and cocaine. By 14, she was smoking crack and getting blackout drunk.

She was in and out of juvenile hall. She was incarcerated three times. It was a vicious cycle until eight years ago.

"If you would have told me that my life would look like it does today eight and a half years ago, I would have called you a liar," Burton told 10TV.

Next week, Burton will graduate with a bachelor's degree in political science.

Her post has been shared by thousands of people and has reached as far out as the Middle East, Switzerland and Spain.

"Stop selling yourself short. You don't know what tomorrow might bring so you might consider starting today," she said.