'Parents Were Overwhelmed With Emotion': Mystery Woman Pays Off $16,000 Worth Of Layaways At Toy Store

A 'Secret Santa' paid off more than 80 layaways at a toy store in Queensland, Australia. 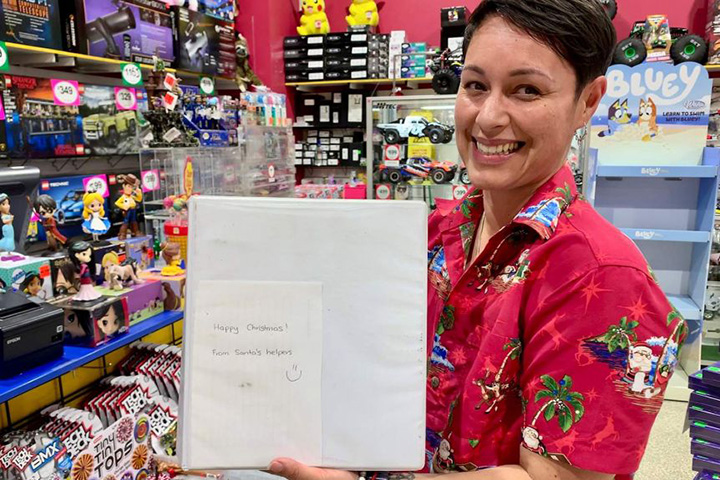 Staff at the Mr Toys Toyworld store said the mystery woman came into the store last week and paid off $16,000 worth of gifts.

"We were all speechless — it was a really crazy moment," employee Maddie Gillespie told ABC news.

Employee Rachael Thompson said she had to console parents who had been overcome with emotions when they were informed about the stranger's kindness.

The woman didn't ask for recognition and said she simply wanted to help other people out following a tough 2020.

Staff said the woman came in with two friends who looked like they were aged in their late 20s or early 30s.

"We didn't get their names — all they said is to tell people it was Santa's helpers," Gillepsie said.

The generosity didn't stop there.

The trio returned an hour later to give gifts to the staff members. The women then returned that evening and picked one lucky customer and walked around the shop with him as he selected toys.