The Indo-Tibetan Border Police (ITBP) carried an injured woman for 15 hours during a rescue from a remote village in Uttarakhand, India. 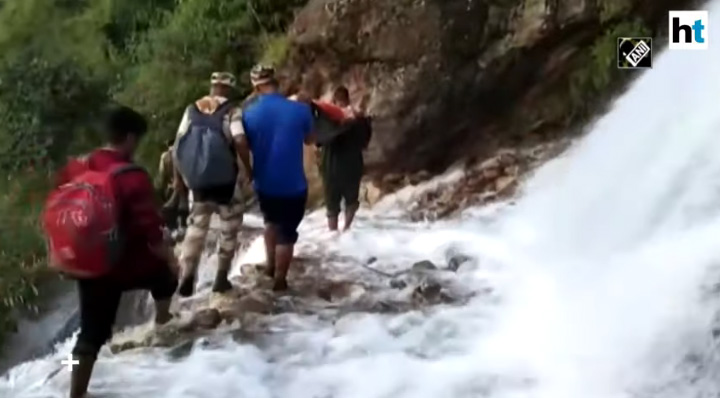 The woman fell from a hillside and broke her legs but she could not be rescued for two days as a chopper could not land in the area.

As her condition worsened, the ITBP was contacted. Dozens of troops trekked through the mountainous region to the small village of Laspa of Munsyari, which has been affected badly by monsoons.

"Twenty-five troops took turns to carry the woman on a stretcher for 15 hours through flooded nullahs, landslide-prone areas and slippery slopes for about 40 kms, up to the nearest road head. The woman was further evacuated to a hospital. She is stable now," an officer said.