A waitress at a small diner in Roland, Oklahoma, received a $2,000 tip from a Mississippi truck driver on Mother's Day. 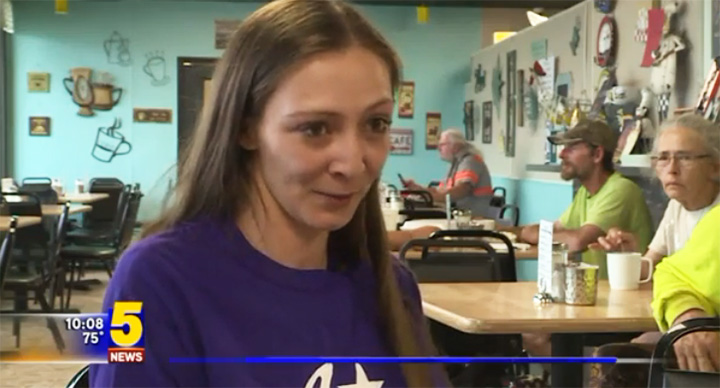 Brenda Pearson was working at the 4 Star Diner when a customer walked in and ordered one cheeseburger.

When it was time to pay, he said he wanted to leave a surprise tip.

"The other customers were coming to pay out and he said $1000," Pearson told 5 News. "I said what? Are you serious? He said yes. I couldn't believe it. I couldn't hardly breathe. It took my breath away."

The act of kindness didn't end there.

He came back for dessert an hour later and left another $1,000 tip.

"I have two children at home," said Pearson, who recently moved to Roland. "I've been a stay-at-home mom for a couple of years. It will help us get caught up on the move and it was just God-sent."

5 News tracked down the customer, who was identified as David Platt. 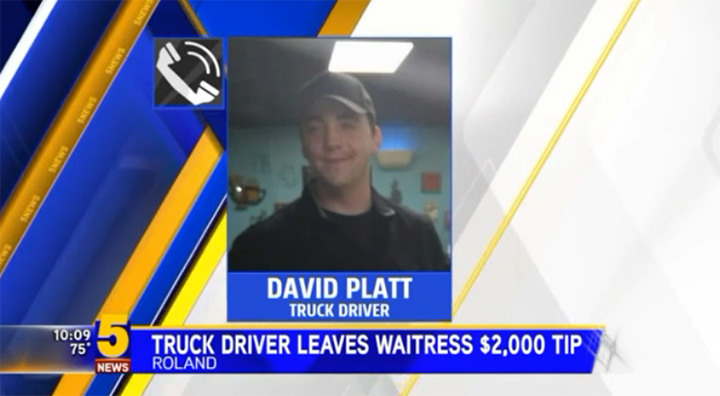 "It was late and there wasn't really anybody around and so I got talking to her a little bit," David said. "We talked about the Lord and about her life and her children. I got the impression that she was having a hard time of it, so I thought I'd just help her out a little bit."

"Money is just paper or numbers on a screen," he added. "Self gratification only goes so far. So, when you're helping another person, you're adding something to the world. It's an investment and people, people are what's important."