A massive UFO-shaped cloud formed over Bursa, Turkey this morning.

According to local news reports, the unusual cloud remained intact for about 1 hour. 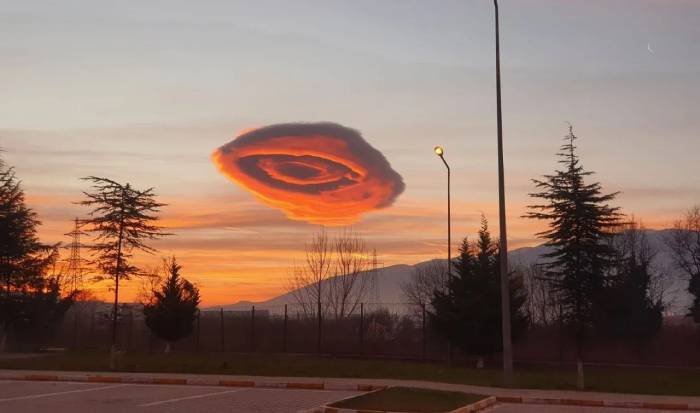 Many viewers believe it is a lenticular cloud.

Lenticular clouds are stationary clouds that form mostly in the troposphere, typically in parallel alignment to the wind direction. They are often comparable in appearance to a lens or saucer. 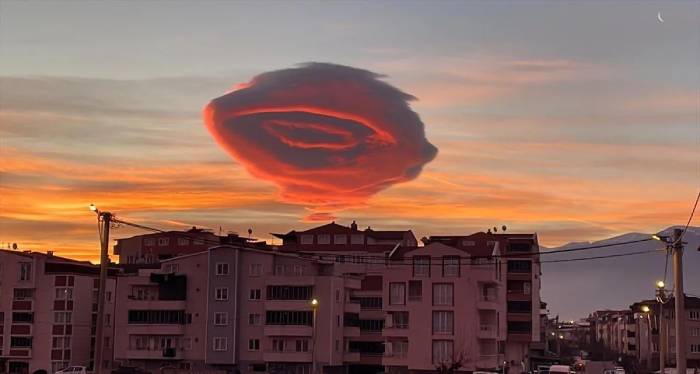 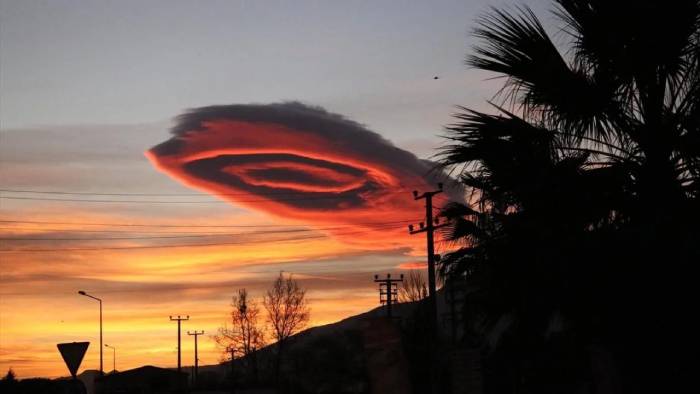 Pilots of powered aircraft tend to avoid flying near lenticular clouds because of the turbulence and sinking air of the rotor generated at the trailing edge of these clouds, but glider pilots actively seek them out in order to climb in the upward moving air at the leading edge.

Because of their unique appearance, they have been suggested as an explanation for some unidentified flying object (UFO) sightings.