A photo of a flight attendant helping a frightened woman get through her flight is going viral on social media for all the right reasons. 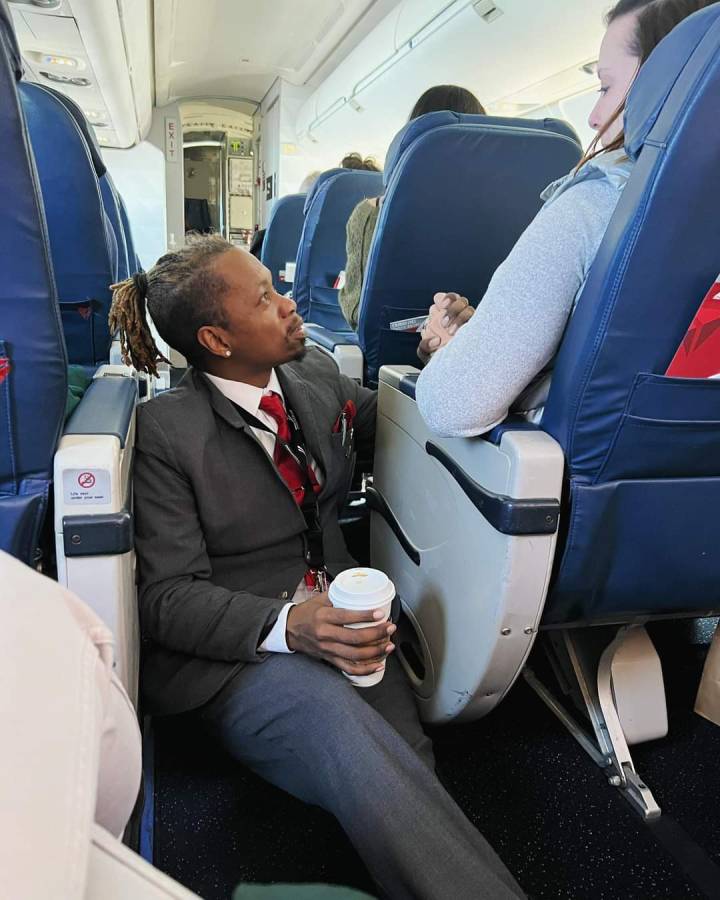 The woman was very nervous about flying, so the Delta flight attendant explained every sound and bump and even sat on the floor holding her hand when it got to be too much for her.

The photo was posted to Twitter by a passenger on the flight.

"Check out this gem of a flight attendant that was on our flight from CLT to JFK. This woman was so nervous about flying, so he explained every sound and bump and even sat here holding her hand when it still got to be too much for her," he wrote.

The passenger identified the flight attendant as Floyd Dean-Shannon and said he "deserves a raise!"

Social media users are praising the flight attendant for going above and beyond while also sharing similar experiences.

"Give this man a medal," one user commented.

"I was flying Lufthansa LAX to Frankfurt and I have extreme anxiety when it comes to flying...The flight attendant noticed my anxiety and came by and sat with me and held my hand, told me not to worry, that it was one of the safest plane and that I could call her or go over to her at any point during the flight to talk," another user wrote.

"I was traveling alone when a huge turbulence hit, I had a panic attack so I don’t remember everything exactly...But I remember this awesome fight attendant that sat with me through most of the flight, hold my hand, spoke to me, took me to somewhere with less people at the back and let me sleep in the empty line of seats while holding my hand."

"Flight attendants are the nurses of the sky."