Primates are, on average, more intelligent than other mammals with great apes and humans on top.

But one concept that separates humans from apes is simply asking questions.

Apes do not ask questions. 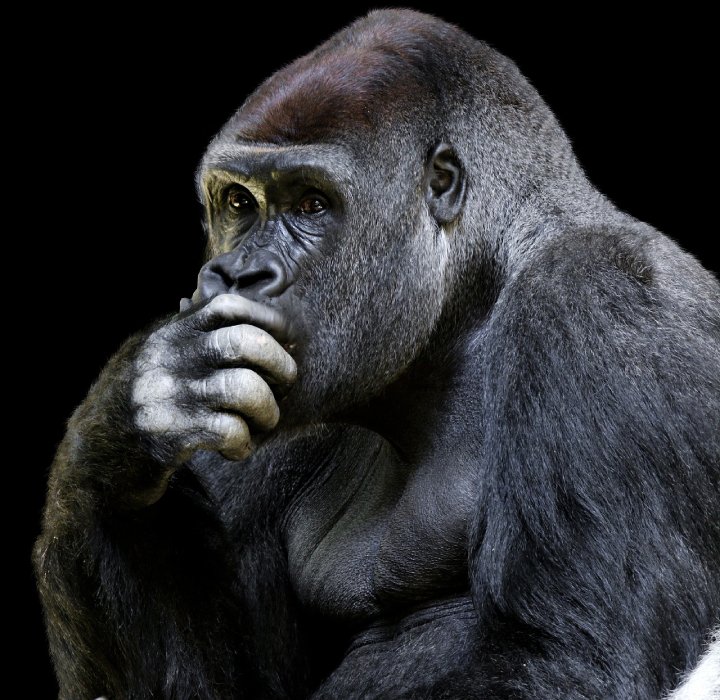 Image by Gerhard from Pixabay

Apes are capable of learning sign language. They can communicate with humans using it.

Orangutans have proven to be capable of talking about the past -- something no other non-human primate has ever done.

But not a single ape has ever attempted to learn new knowledge by asking humans or other apes questions. They don't seem to realize that other entities can know things they don't.

It's a concept that separates mankind from apes.

In the 1970s and the 1980s there had been suggestions that apes are unable to ask questions and to give negative answers. According to numerous published studies, apes are able to answer human questions, and the vocabulary of the acculturated apes contains question words. Despite these abilities, according to the published research literature, apes are not able to ask questions themselves, and in human-primate conversations, questions are asked by the humans only.

David Premack, emeritus professor of psychology at the University of Pennsylvania, and Ann James Premack, a science writer, began teaching language to apes in 1964. They published a book titled The Mind of an Ape in 1983.

In the 1970s, the Premacks designed a potentially promising methodology to teach apes to ask questions:

"In principle interrogation can be taught either by removing an element from a familiar situation in the animal's world or by removing the element from a language that maps the animal's world. It is probable that one can induce questions by purposefully removing key elements from a familiar situation. Suppose a chimpanzee received its daily ration of food at a specific time and place, and then one day the food was not there. A chimpanzee trained in the interrogative might inquire 'Where is my food?' or, in Sarah's case, 'My food is?' Sarah was never put in a situation that might induce such interrogation because for our purposes it was easier to teach Sarah to answer questions".

"Though she [Sarah] understood the question, she did not herself ask any questions—unlike the child who asks interminable questions, such as 'What that? Who making noise? When Daddy come home? Me go Granny's house? Where puppy? Toy?' Sarah never delayed the departure of her trainer after her lessons by asking where the trainer was going, when she was returning, or anything else".

The popular Kanzi and Panbanisha, despite all their achievements, also have not demonstrated the ability to ask questions so far.

In 1985, Kanzi was moved to the Language Research Center at Georgia State University with Panbanisha. Kanzi has been able to learn 348 lexigram symbols, while also having the knowledge of 3,000 English words. He is regarded as the first great ape to demonstrate an understanding of spoken English.

Neither Kanzi or Panbanisha have ever asked a question.

Joseph Jordania, an ethnomusicologist who published a book titled Who Asked The First Question?, suggested that the ability to ask questions could be the crucial cognitive threshold between human and other ape mental abilities. Jordania suggested that asking questions is not a matter of the ability to use syntactic structures, that it is primarily a matter of cognitive ability.