Hundreds of people in Philadelphia gathered to watch a man eat a rotisserie chicken on November 6th. 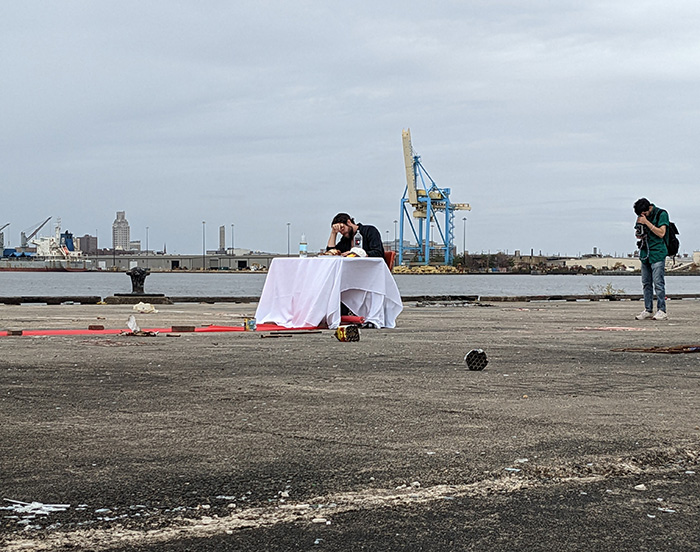 Alexander Tominsky, aka "smooth recess" on Twitter, posted flyers around South Philly which also circulated all over social media. 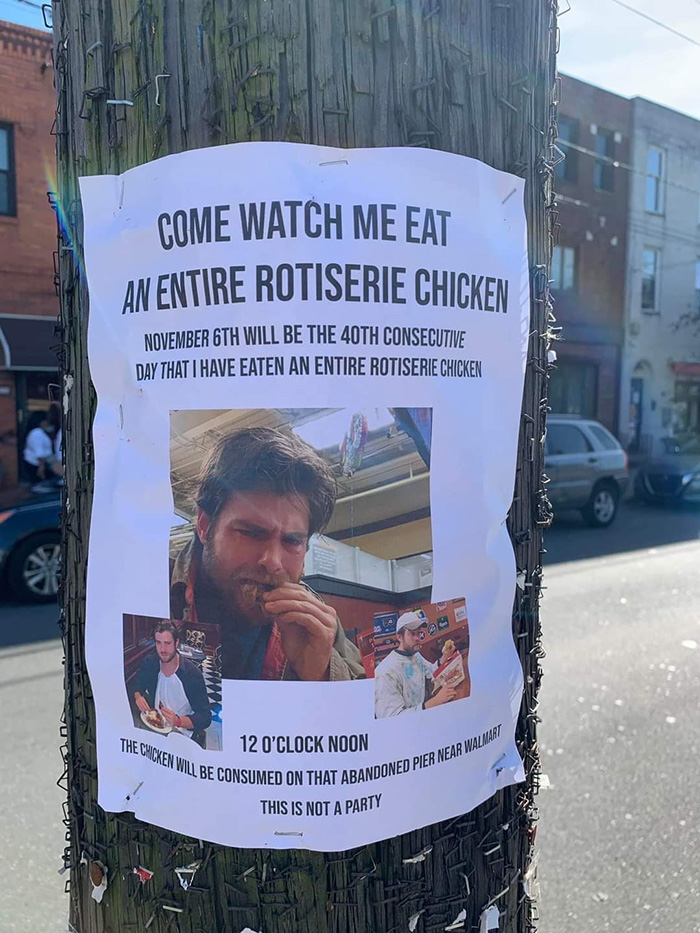 The flyers invited people to "that abandoned pier near Walmart" to witness Tominsky eat his 40th rotisserie chicken in the past 40 days.

Attendees looked on and cheered while Tominsky dined. 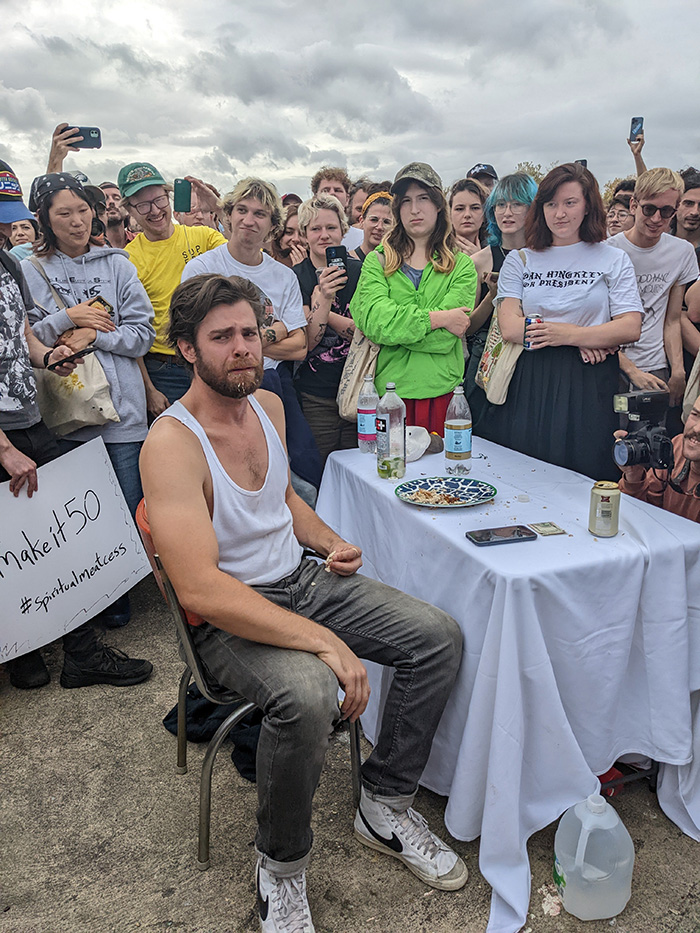 It took him a lot longer than when he consumed his first chicken on Day 1 of this peculiar journey.

Forty days ago he could crush a whole rotisserie chicken in about 20 minutes, he told Billy Penn.

But since then, it's become harder for him to get the rotisserie chicken down, requiring around two hours to make it happen. 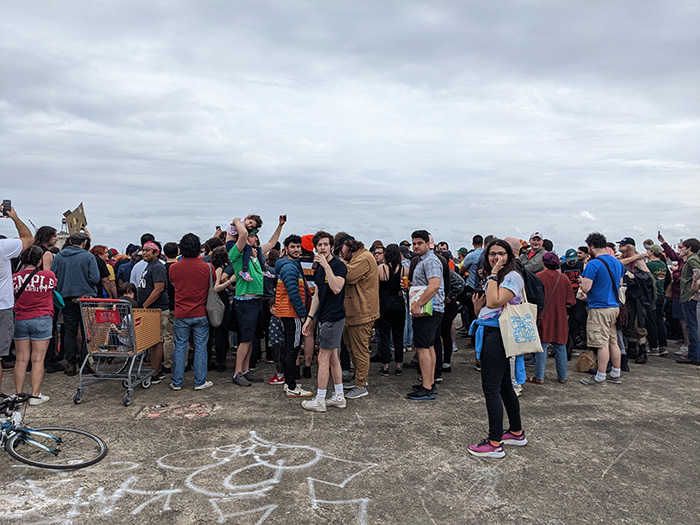 After he took his final bite, Tominsky stood up and blasted Bruce Springsteen's "Streets of Philadelphia" as he sang along, then yelled "IT'S JUST YOU AND ME, MY FRIENDS!"

And no, he's not planning to do it again.

"Philly is a state of it's own. The rest of PA just stares at Philly with fear and loathing," one social media user commented.