When researchers brought a 1000 year-old statue of Buddha to a Dutch hospital for examination, they never expected to find this inside.

The Chinese statue had been on display at Drents Museum in the Netherlands, but recently taken to the Meander Medical Centre in the Dutch town of Amersfoort in hopes that modern medical technology could shed light on an ancient mystery.

A CT scan revealed that hidden inside the gold-painted statue was a secret - the mummy of a Buddhist monk in a lotus position.

Upon further investigation, the scan revealed another surprise - the monk's organs had been removed and replaced with scraps of paper printed with ancient Chinese characters and other material that still has not yet been identified. How the organs had been taken from the mummy remains a mystery.

The body inside the statue is thought to be that of Buddhist master Liuquan, a member of the Chinese Meditation School who died around A.D. 1100.

The mummy of Liuquan, believed to be the only one ever found inside a Buddha statue, is currently on display as part of a temporary exhibition at Hungary's National Museum of Natural History in Budapest and will next travel in May 2015 to a museum in Luxembourg. 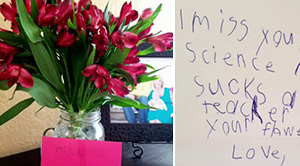