A woman in Nottinghamshire, England, says her cat saved her life by pounding on her chest to wake her up while she was having a heart attack. 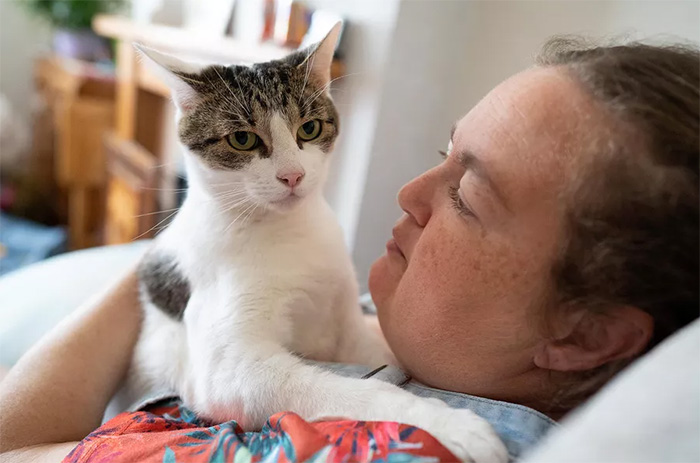 Sam Felstead, 42, suffered a heart attack around 4:30 a.m. while sleeping at home. Her 7-year-old cat, Billy, seemingly noticed something was wrong and began jumping on Felstead's chest and meowing as loud as he could.

After waking up, she realized that she was not able to move her body and had shooting pain down her right side, so she called for help. She was quickly rushed to the Nottingham City Hospital in the early hours of the morning where doctors told her she had a heart attack in her sleep.

"I was a bit shocked; I went to bed and I felt fine. I'd even been out with [my] dogs, and I didn't feel ill or have any pains whatsoever," Felstead told the India Times. "Suddenly I woke up in the early hours covered in sweat and couldn't move. Billy was on my chest and was meowing loudly in my ear."

"He doesn't normally sit with me but he knew something was wrong because he wouldn't leave me alone," Felstead told the BBC. "I do think he saved my life and so does everybody else around me."

Felstead spent three days in the hospital and underwent an angioplasty. Now on heart medication, she's back home and working again.