10-Year-Old Brothers Save Dad From Drowning In Pool

An Alabama father says it still makes him emotional to think about the day he almost drowned, but it also fills him with pride because it was his own young sons and their friend who saved him. 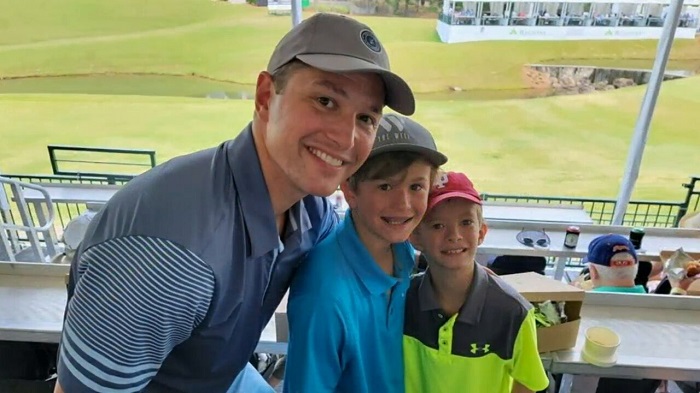 Brad Hassig was swimming in his backyard pool in Birmingham with his two 10-year-old sons, Bridon and Christian, and their friend Sam.

"I like to do breathing exercises ... It's peaceful and relaxing. I love being underwater. I say the Lord's Prayer when I'm doing this. It's kind of a meditation. I don't remember finishing it," Brad told WBRC.

Brad said he remembers feeling relaxed and peaceful, but Christian said he could see his dad shaking and on his side underwater.

"Since I had goggles on I could see his face was turning very light blue," Christian said. "I told Bridon, 'Dad's not okay'."

Bridon said he and Sam dove in and pulled his unresponsive father up to the steps of the pool.

"I first gave him CPR a little and then I started giving him mouth to mouth. Then he started throwing up foam and salt water and blood," Bridon explained.

"It was like I just got slammed on my side," Brad said. "When I kind of came to -- I'm coughing up blood and water, struggling to breathe, and there are people everywhere. My one son was yelling, ‘Daddy, daddy, come back!'"

Brad was taken to the hospital where he was admitted to the Cardiac Intensive Care Unit for 24 hours.

"I mean it's just emotions are just overwhelming you that your boys saved your life," Brad said. "There's no way physically that they should have been able to do what they did. They hadn't had training to do what they did, to act as fast, to run as fast, as far, to know to flag down somebody to call 911 while the other is doing CPR on you. I mean, it's a God thing. God's hand was all over it."

"When he came home, that's got to be the happiest moment of my life," said Christian.

Bridon and Christian said they learned how to save someone from movies.