A couple from Columbus, Georgia brought their Uber driver to a Garth Brooks concert after learning she was a huge fan. 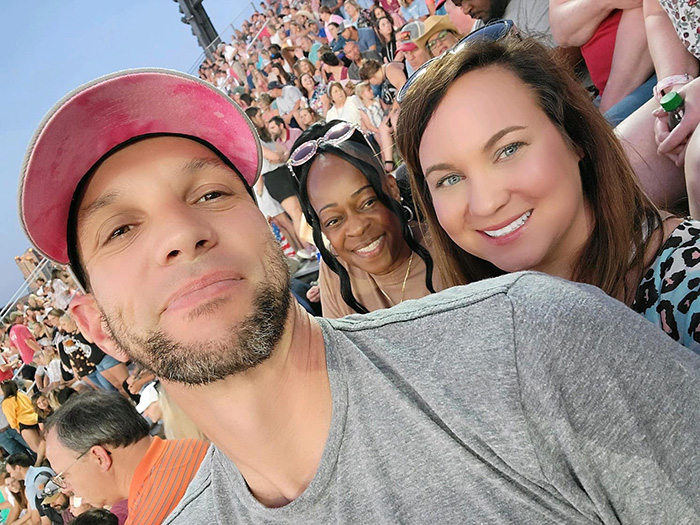 Last weekend, Katie and Zack Watson headed to Birmingham to see Garth Brooks in concert. They were supposed to attend the show with a friend, but their friend was under the weather and couldn't go.

"We had this third ticket. We tried to give it away. It was just sitting out there, no takers," Katie told WTVM.

They were staying in a Homewood hotel and thought an Uber would be the best way to get to the concert.

Their first Uber driver canceled, and the clock was ticking. Katie called another Uber driver and hoped for the best.

"Your driver is Vicky", came the message from Uber.

On the way to the stadium, Vicki told the couple about how much she loved Garth Brooks. She's not even from Birmingham but came to drive people in the area and take it all in.

"I assume you're heading to the Garth Brooks concert", said Vicky. "I love Garth so much- seeing one of his concerts is on my bucket list. Someday I might get a chance to see him in person. He has such a beautiful soul."

Zack and Katie looked at one another and smiled.

"Would you like to go to the concert with us?" Katie asked.

Vicky's heart jumped. A country girl from Guin, Alabama, getting a chance to see Garth Brooks?

"Look - there's an empty parallel parking spot!", shouted Katie. "Quick, Vicky! Pull in the space and you can go to the concert with us!"

The three new friends sat together for hours at Protective Stadium — a memory all three will never forget. 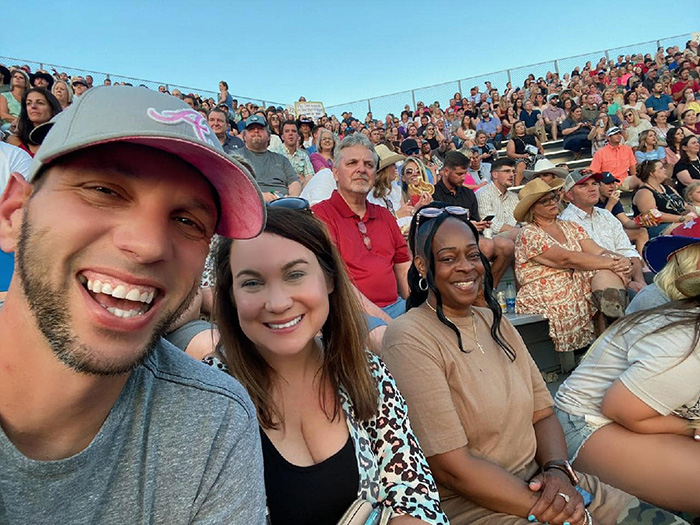 "There's no doubt that getting to take Vicky to the concert felt good", Katie told WVTM 13. "It was the least we could do, and we believe it really made Vicky's night."

Vicky said she feels blessed, and she's reminded that there are good people in the world.

"Zack and Katie were so kind. I still can't believe I was inside the stadium," she said.