Wild Mammals Are Making A Huge Comeback In Europe

In the first half of the 20th century, many wild mammals in Europe were on the verge of extinction.

Now, most are flourishing again. 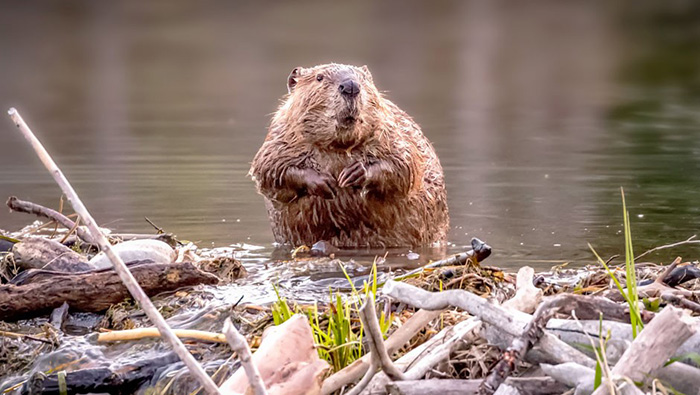 Millennia of hunting, exploitation, and habitat loss caused a severe population decline in bison, elk, bears and many more.

But thanks to conservation efforts, most mammal populations have seen a dramatic increase over the last 50 years.

In 2013, a coalition of conservation organizations – including the Zoological Society of London; Birdlife International; and Rewilding Europe – published a report on how mammal populations across Europe had changed since 1960. They looked at the change in populations of 18 mammal species.

The results are shown in the chart below. 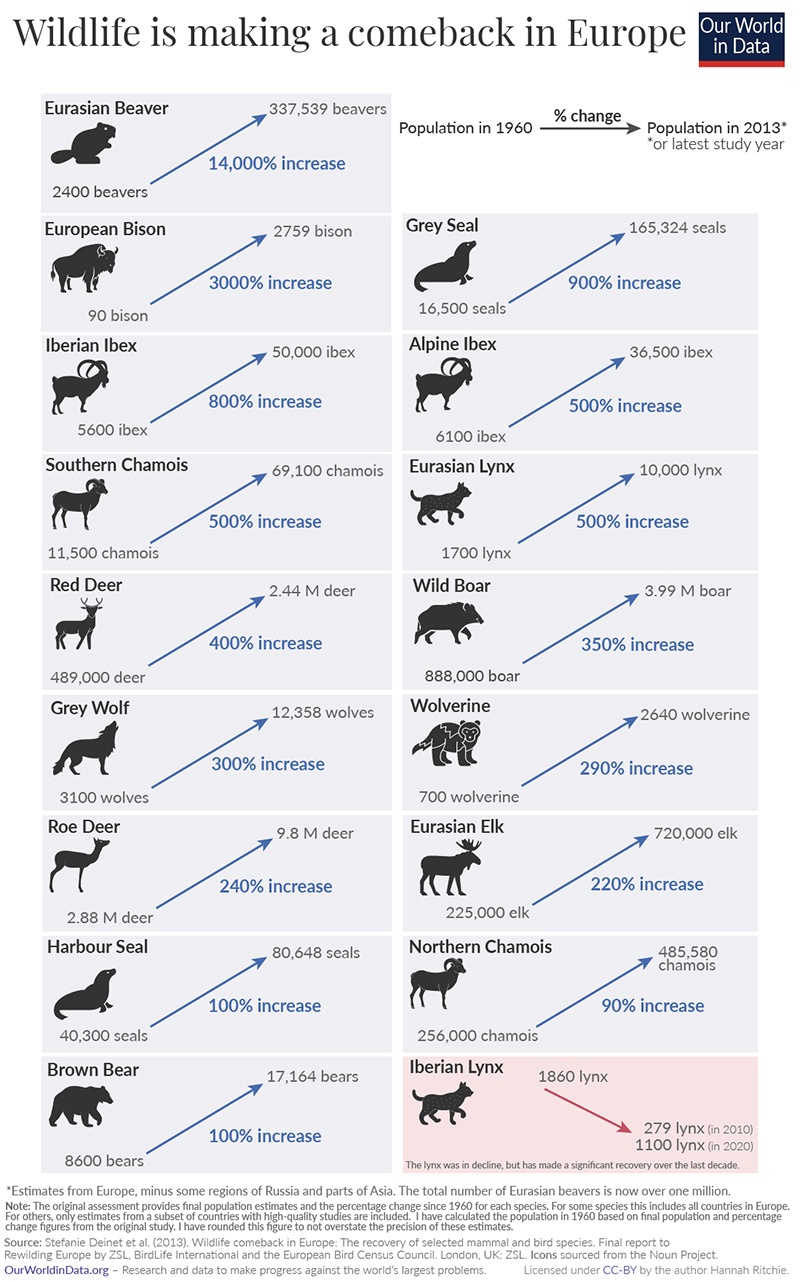 There are more than 30 times the number of European bisons alive today than there were in 1960.

The Eurasian beaver has made the most remarkable recovery. It's estimated to have increased by 140-fold since 1960.

How did Europe achieve this impressive recovery of mammal populations?

Effective protection against hunting, overexploitation, and the destruction of habitats. This includes bans on hunting or hunting quotas along with region-wide protection schemes.

Agricultural land use has also declined across Europe over the last 50 years. This allowed natural habitats to return where agriculture had previously taken them over.

Sources: Our World in Data