Scuba divers in Bedford, England, have reunited a woman with her antique wedding ring after it fell off her finger and into a river. 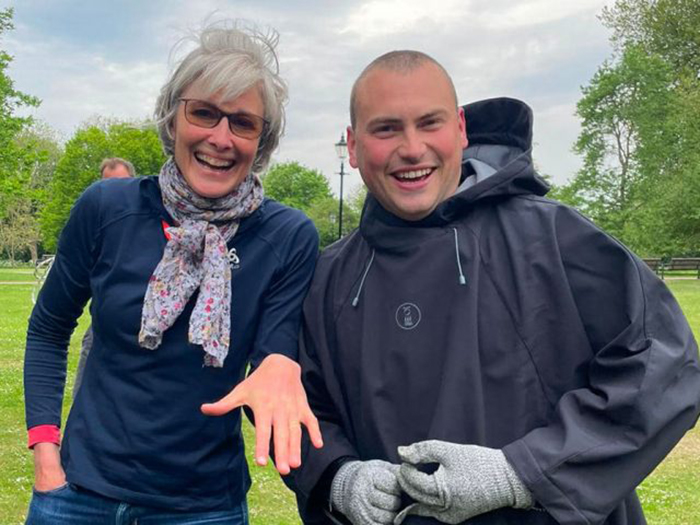 Emma Lyon was with family and friends on the riverbank during a boat race in the River Great Ouse on Saturday.

As usual, she was wearing her grandmother's wedding ring; a gold band that is nearly 100 years old.

"We'd just spotted a local crew and I was cheering and clapping vigorously when all of a sudden, the ring flew off my finger and arced into the river," Emma told the Bedford Independent. "It all seemed to happen in slow motion and although the boys won their race, the ring was lost."

A team was quickly assembled and on Monday evening, the ring was found and returned to Emma. 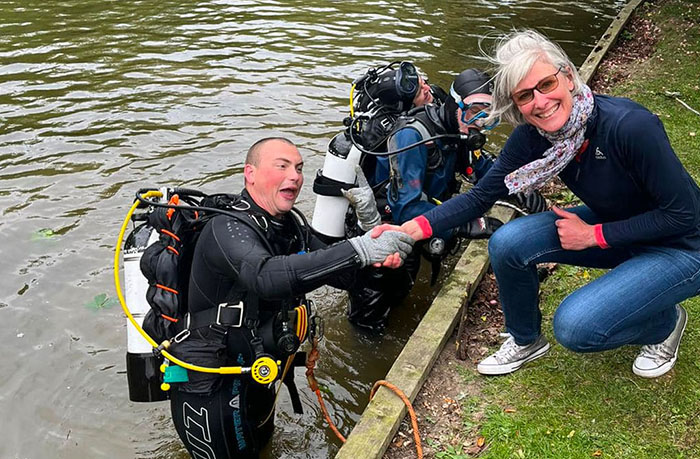 Emma described the event as "a total miracle" and took the divers out for a thank-you drink at a local pub afterwards.

"The ring belonged to my grandmother, who died in 2000 aged 100. She worked at a corn merchant on Caldwell Street and would sometimes get up early and take the family's punt out on the river before work," Emma said.

"I did think that if we couldn't find the ring, it had ended up in a fitting resting place.

I am just so, so grateful to everyone from the scuba club who gave up their evening to help out and cannot believe that Matt was able to find it. It was a total miracle."