A random act of kindness from a complete stranger made a teenager with autism and his mother's day. 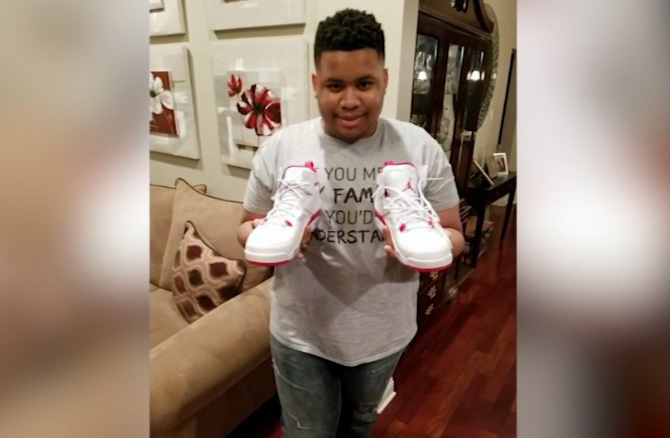 Theresa Hunt and her 16-year-old son, Xavier, were shopping at Brickyard Mall in Chicago for his birthday. Xavier wanted to get a pair of Air Jordans, but they were too expensive.

Hunt said she offered to buy him different sneakers instead, and that they were talking about how well he was doing in school.

That's when a complete stranger stepped in and asked if he could purchase the Air Jordans for Xavier.

She said he paid for them, handed them to her son and wished him well in school before leaving.

He left too quickly for Hunt to get his name, but she said she wants him to know they're so thankful.