Four Bengal tigers have been rescued from captivity and will spend the rest of their days in a big cat sanctuary in South Africa. 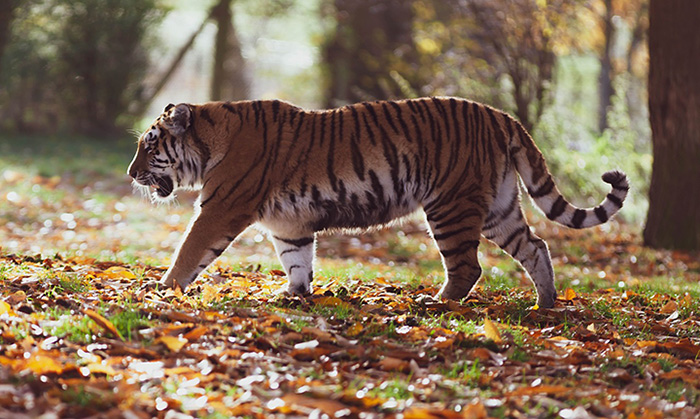 The tigers lived in a train car converted into a cage in the Argentine province of San Luis for over 15 years.

A traveling circus abandoned the now 18-year-old male and 15-year-old female tiger in San Luis in 2007. A local farmer agreed to look after the pair for a temporary period, but the circus never returned. They eventually had two cubs.

"These tigers have never felt grass or earth under their paws," said Dr. Amir Khalil, a veterinarian with Four Paws International, which led the rescue operation. "It's the first time they can see the sky above them, not just metal bars and a roof."

The challenges of transporting these big cats from Argentina to South Africa were very complex, ranging from obtaining permits from the authorities of the two countries involved to organizing transport in times of pandemic, with PCR tests on tigers included.

"They asked me why it is so urgent to move the tigers, why it is so important to move the tigers now. And my answer was: 'if you are an innocent person and you have to go to prison for a week and someone asks you why you have to get out of jail the next day... Well, this is exactly what happened, these animals are innocent and they were imprisoned for 15 years'," said Khalil.

LIONSROCK has rescued more than 150 big cats from all over the world.