For more than 4 years, Chris Marshall has run an alcohol-free bar in Texas.

The bar is part of the growing movement known as "sober curious". 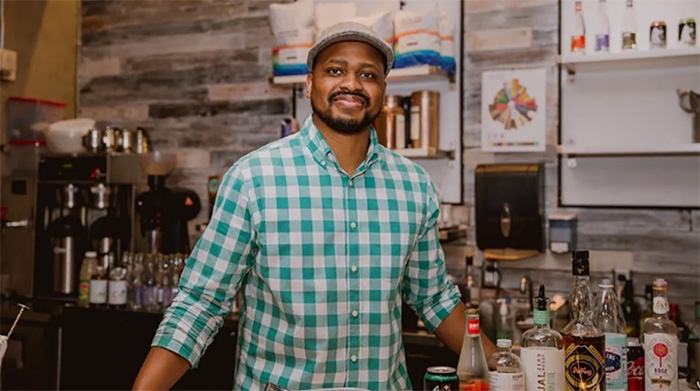 Marshall, 38, opened Sans Bar in 2017 as a place where people can socialize and have fun without the presence of alcohol. It is Austin's first drink-slinging pub where you won't find a drop of alcohol.

"It combines the best parts of a bar—the music, the connection—in an environment that's truly inclusive of everyone," he told Southern Living.

Marshall gave up alcohol in his early 20s. He told Men's Health his life began to spiral out of control until he checked into rehab at age 23 and found sobriety and connection.

"When I went to treatment, I was all alone. And I think that my main motivating factor was that feeling of loneliness. And when I got into rehab, the first thing I heard was someone tell me, 'You don't ever have to feel lonely again.' So this space that we're sitting in today is a direct result of that very real statement that someone made to me 15 years ago. Telling me that I didn't have to be alone, that I didn't have to live alone," Marshall told ABC News.

With just $200 in his pocket and a few folding tables, Marshall rented a lot in the back of a hair salon and took the first step toward building the foundation of his zero-alcohol bar.

"People started showing up ... People were showing up when we were literally outside because they got the vision of what I was creating. It was not about the drinks -- and people come for the drinks -- but they stay for the community," he said.