Boston University researchers found that trees and soils on the outermost edge of forests are taking in and storing more carbon dioxide than previously thought. 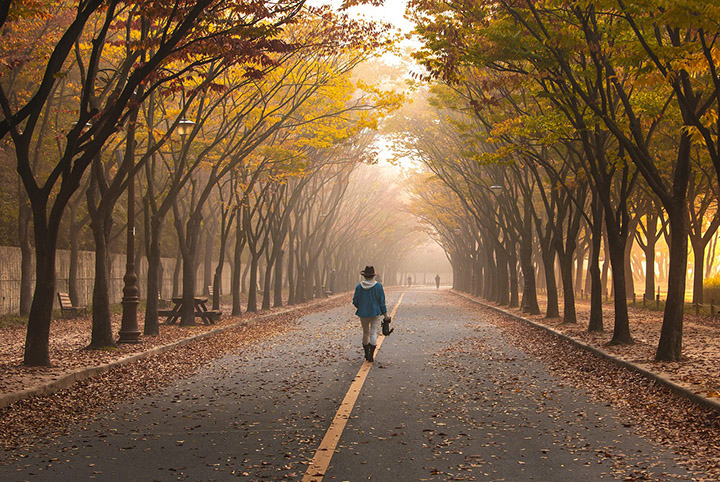 Trees are without a doubt the best carbon capture technology in the world. When they perform photosynthesis, they pull carbon dioxide out of the air and release oxygen.

Forests actually store more carbon dioxide than they release, which is great news.

"That's CO2 that's not in the atmosphere," says Boston University biogeochemist and ecologist Lucy Hutyra. "These forests are doing an incredible service to our planet."

For more than a decade, Hutyra has been investigating what happens to the planet's "lungs" when large forests are cut down into smaller patches.

"We think about forests as big landscapes, but really they are chopped up into all these little segments because of the human world," says Hutyra. These alterations to forests create more areas called forest edges — literally, the trees at the outermost edge of a forest.

It has long been assumed that these forest edges release and store carbon at similar rates as forest interiors, but Hutyra and researchers have discovered this isn't true.

They found that edge trees grow nearly twice as fast as interior trees deep in the forest. And the more a tree grows, the more carbon it is taking in.

This is good news, considering over 25 percent of the landscape in the Northeast United States is covered by an edge.

In a second related study, Hutyra teamed up with BU biologist Pamela Templer to find that soils at the forest edge felt the effects of forest fragmentation, too.

"Soils contain wild amounts of bacteria, fungi, roots, and microorganisms, and just the way we breathe out CO2 when working and being active, they respire CO2, as well," says Sarah Garvey, a PhD candidate in Hutyra's lab and lead author of a paper on forest edge soils published in Global Change Biology.

Garvey found that not only does forest edge soil release more carbon than interior forest soil, but that the soil is acting dramatically differently in rural and urban forests.

In urban forests, where the ground was significantly hotter and drier, soils stopped releasing as much carbon.

It's so hot and dry that the microbes are not happy and they're not doing their thing," Hutyra says.