A church in Grimsby, England, was looking at a huge bill to fix their clock that has not worked in over a decade. 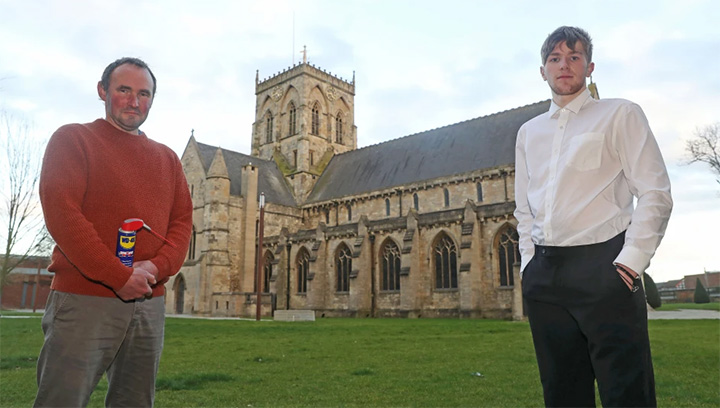 Experts, including the firm working on Big Ben's restoration, said scaffolding was needed around the tower to carry out external repairs.

But cheesemaker Rick Haywood, 47, and student Jay Foley, 15, decided to have a go themselves.

The pair turned to the clock mechanism which is housed in a box on the wall of the bell-ringing chamber.

"We found various dead pigeons gumming up the bearings. Some of the bearings were very dry. We gave it grease and WD-40 and managed to get it running," Haywood told The Sun.

"The church had one or two engineers from big clock companies and they were starting at £40-50,000 to get it running again. We saved them at least £40,000 so I am hoping for a meal invite," he added.