An animal control officer in Texas was recognized by his city for saving dozens of cats from a fire at an animal shelter. 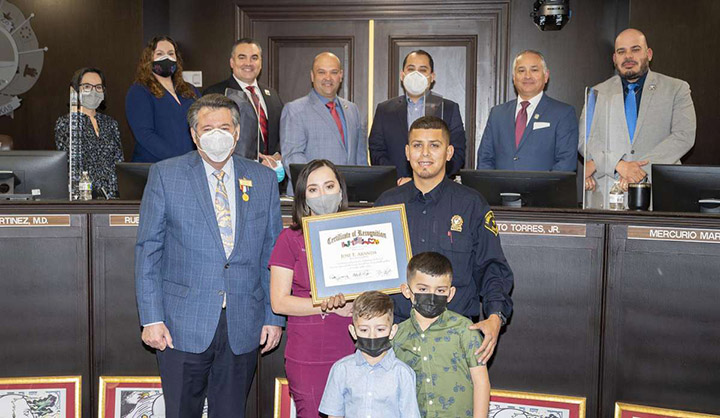 Last month, Jose E. Aranda arrived at Laredo Animal Care Services around 10 p.m. to process some animals when he noticed smoke coming from the roof of the cat shelter.

"I proceeded to open the door and saw a bunch of cats there, so I started releasing the cats before they got burned," he told the Laredo Morning Times.

By the time fire crews arrived, Aranda had already pulled all 45 cats from inside the building. Due to the smoke inhalation causing dizziness, he was transported to a local hospital where he stayed for several hours before being released around 3 a.m.

"I love my job. I think that if I was another person, I probably wouldn't have gone in to save these animals," he said. "I could've easily waited outside until they [fire department] came, and God would have known what could have happened to those cats."