Two men are being hailed as heroes for risking their lives to save a woman from an apartment fire in Moscow, Russia. 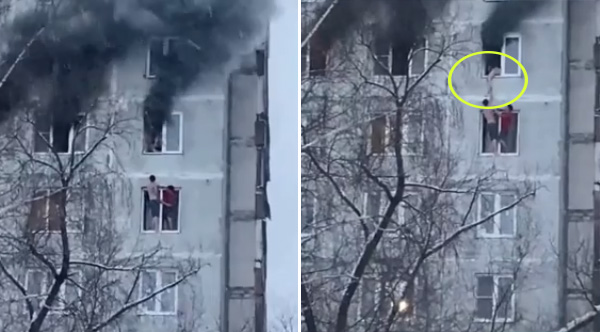 The incident occurred on the 9th floor of an apartment complex in the Chertanovo district on January 29.

According to the Russian news site, RBC, there were no casualties.

The video (below) shows two men climb out of a window on the eighth floor, grab the legs of a girl in the window of an apartment on the ninth floor, and lower her into their apartment.

A dozen people were taken to the hospital. As an eyewitness told the 360 ​​TV channel that both men were injured, one had a burn on his hand, the other had cuts and glass fragments in the wound.