A father in Michigan ran into the basement of his burning home to rescue his baby daughters, suffering severe burns in the process. 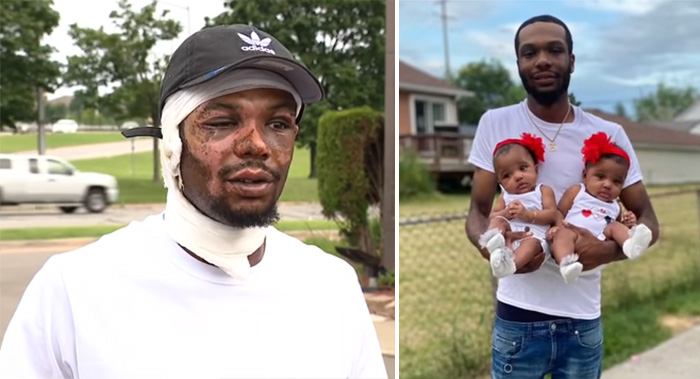 Ray Lucas, 23, says he and his girlfriend had walked to the gas station and when they returned 15 minutes later, their home was on fire.

"The house was engulfed in smoke, I saw my mom and my niece were standing at the door and they were frantic," Lucas said.

His 18-month old daughters, Milan and Malaysia, were asleep in the basement.

"I just knew I had to get my babies out," he said. "That's what went through my mind." 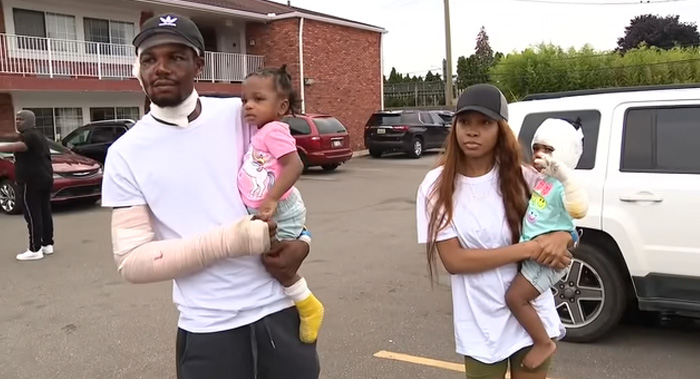 Lucas had to navigate his home based on sheer memory.

"You really couldn't see your hand in front of your face," he said. "I really only found my babies due to my memory, just knowing where they were and knowing how to get to them."

Both girls were taken to an intensive care unit. Malaysia was treated for severe burns. Milan suffered smoke inhalation and second-degree burns.

"I was temporarily blind for three days and they said it was a miracle I could see," he said. "I've got burns on my arms, but for the most part, everyone is still here."

The family lost everything in the fire. A GoFundMe page has been set up to help them recover.