'It's A Miracle': Massachusetts Woman Reunites With Missing Dog After 5 Years

A woman in Massachusetts whose dog went missing five years ago has reunited with her pup. 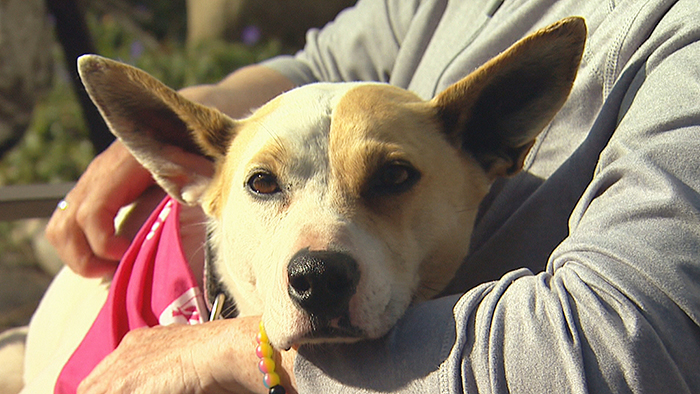 Renee Perry of Framingham said Bay, a basenji mix, went missing from her home in June 2016, when she was only 1 1/2 years old and was being watched by a sitter.

"I did like to think about what it would like if I were to get her back," Perry told WBZ-TV in Boston.

Perry said she received an unexpected call on Tuesday that her dog had been found in Needham, about 10 miles from where she went missing.

A couple found the dog wandering outside their home and reached out to Missing Dogs Massachusetts, a nonprofit organization that works to reunite missing dogs with their families.

"It was probably within a couple hours of trapping her and her microchip was scanned that we found out her story, and as soon as Renee got out of work, she was reunited with her," said Deb Newport, a volunteer with Missing Dogs Massachusetts.

"To get her back … I think it's an understatement to say it's a miracle because it's just crazy. It's surreal," said Perry.