'I Came To The US Not Knowing English With $300 To My Name. Today I Am Taking NASA To Mars'

When she moved to the U.S. from Colombia, NASA-JPL engineer Diana Trujillo didn't speak English.

She paid her way through college by cleaning houses, learned English, and is now working to send her second spacecraft to the surface of Mars. 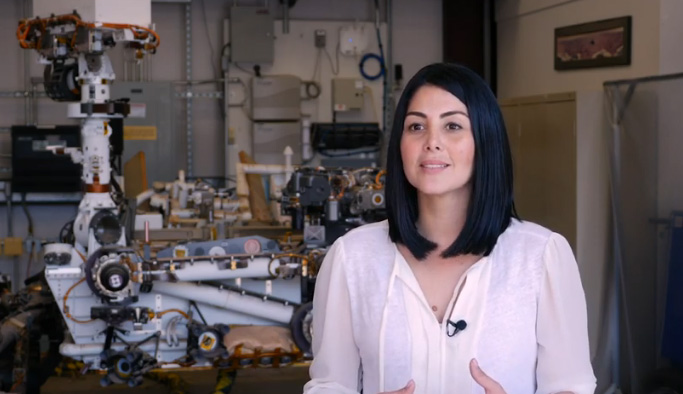 "I used to clean houses and today I'm trying to find out if there's life in another planet," says Trujillo.

Trujillo arrived in the U.S. at 17 years old with $300 to her name. Her parents were still living in Colombia.

"When I arrived in the United States, my goal was to help Mom. To tell you the truth, the first objective was not to starve. That was very clear to me in my head that what I had to survive, I had to be sure that I had where to live and where to eat, because I had no idea about those basic things that were still going to happen and work, learn the language and help mom," she told CNN in an interview.

"After that, I was doing really well with college, learning English. I did not know that I had such good grades and the teachers were the ones who told me that I had to apply and see other things and see if I could do something with my life. I used to spend time in the math department because I was bored of learning English and I would sit there to help whoever came in, because if someone has a mathematical question, I would answer because I did not need to speak in any language, simply the numbers are the themselves. But that's where I realized what I like."

Trujillo is now an aerospace engineer at the NASA Jet Propulsion Laboratory — Mission Lead for the Mars Curiosity rover where she developed a dust removal tool to help scientists explore Mars' surface.

She currently leads the engineering team at JPL that is in charge of the 7-foot robotic arm of the Perseverance rover that successfully landed on Mars yesterday.

Trujillo was the first Hispanic immigrant woman to be accepted into NASA Academy and hopes to inspire the next generation to follow in her steps.