"What is a more Bills Mafia thing to do than flood a player's charity with donations?"

Buffalo Bills fans are celebrating the team's first trip to the AFC Championship Game since 1993 in a unique way -- by donating to the charity of the opposing team's quarterback. 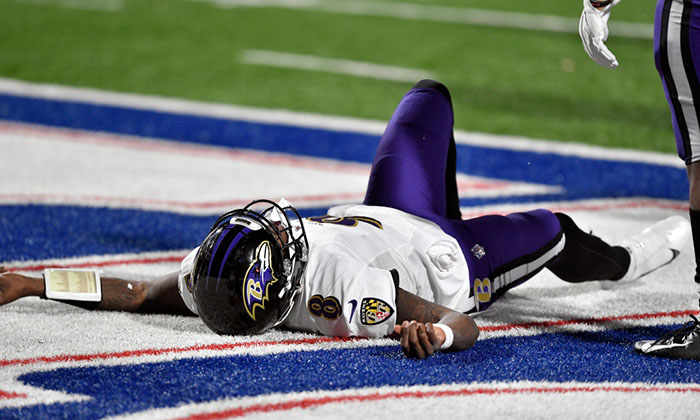 When Ravens quarterback Lamar Jackson left the game in the second half with a concussion, Bills fans immediately started searching for his charity.

Once it was found, Bills fans posted links on Reddit and Twitter to show their support for Jackson.

"It started around 11:30 last night, and our donation box just started flooding with donations from Bills fans for Lamar. It's just been overwhelming -- in the best possible way," said Nikki Grizzle of Blessings in a Backpack, whose mission is to provide food on the weekends for elementary school children across America who might otherwise go hungry.

Bills fans started donating to Lamar Jackson’s favorite charity overnight after he left the AFC divisional game with a concussion and the Ravens lost. 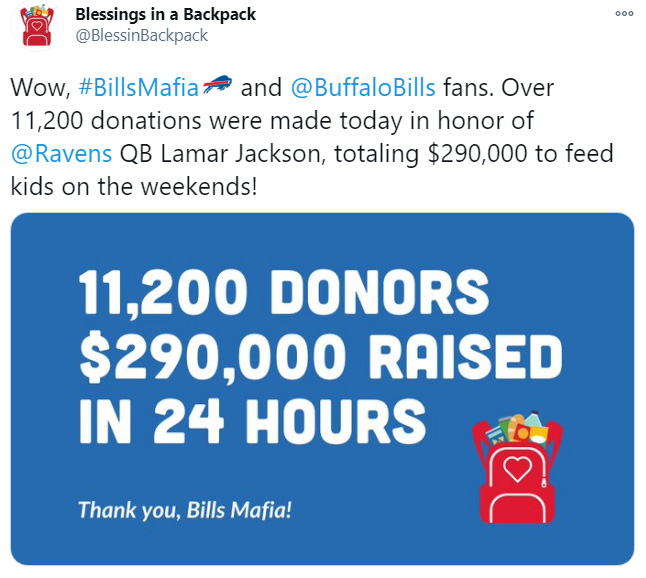 Meet the fan who inspired the wave of goodness, Daniel Konopski of Grand Island, NY.