Writing in the scientific journal Biological Conservation, Brett Seymoure and his collaborators at Washington University in St. Louis reviewed 229 studies to document the myriad ways that light alters the living environment such that insects are unable to carry out crucial biological functions.

"Artificial light at night is human-caused lighting — ranging from streetlights to gas flares from oil extraction," Seymoure said. "It can affect insects in pretty much every imaginable part of their lives."

Germany is proposing new laws as part of its bid to fight a dramatic decline in the country's insect populations. 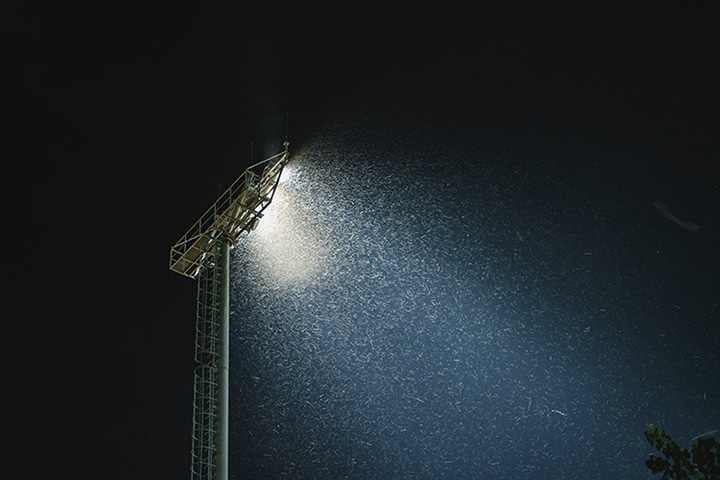 Germany's environment ministry has drawn up a number of new measures to protect insects, ranging from partially banning floodlights to increased protection of natural habitats.

"Insects play an important role in the ecosystem...but in Germany, their numbers and their diversity has severely declined in recent years," reads the draft law.

Light traps for insects are to be banned outdoors, while searchlights and sky spotlights would be outlawed from dusk to dawn for ten months of the year.

The draft also demands that any new streetlights and other outdoor lights be installed in such a way as to minimise the effect on plants, insects and other animals.

The use of weed-killers and insecticides would also be banned in national parks and within five to ten metres of major bodies of water, while orchards and dry-stone walls are to be protected as natural habitats for insects.