Two pig farmers in Suffolk, England have succeeded in feeding one million bees after participating in a project that saw them turn over half their land to wildflowers. 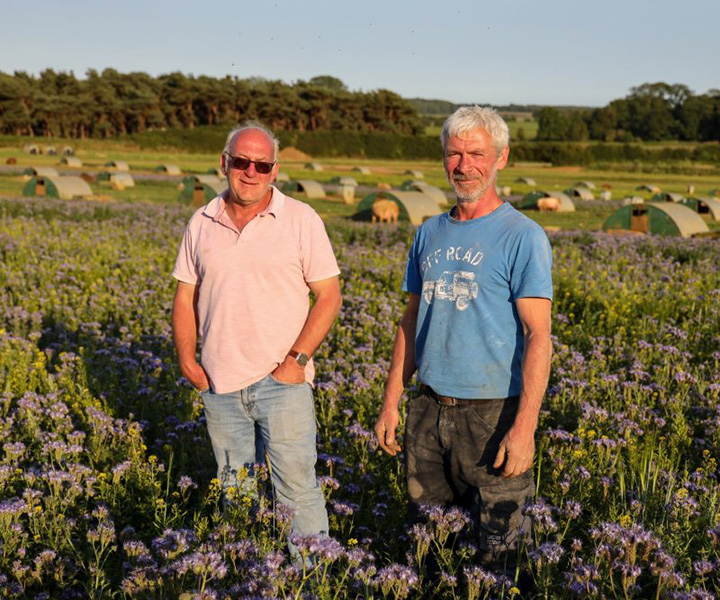 Four years ago, brothers Mark and Paul Hayward decided to fill 81 acres of their Dingley Dell land with nectar-rich wildflowers.

This week, a study was carried out monitoring insect activity on the plot – which found they were feeding one million bees at any one time.

"This was our target when we started – to grow enough to feed a million bees on a single day," Mark told FarmingUK.

"We are acutely aware that bees are under threat from modern farming methods and that East Anglia is one of the worst offenders for bee foraging diversity," he continued.

"Every third bite of food you eat can be attributed to pollinators and we wanted to create an operation on our farm that did not push nature out but rather embraced it – as a central part of our eco system and our food cycle."

"We are taking a very minor role in helping society restore a more favourable balance and this starts with plant diversity to encourage in insects, bees, small mammals, and birds," said Paul.

"At the end of the day, we see ourselves as caretakers of this land. Between us we have six children and we owe it to them to farm sustainability and set an example for the generations to come."

According to the Bumblebee Conservation Trust, many types of bumblebee have seen their populations decline by 70%, and two species have become extinct in the last century. One of the reasons for this decline is habitat loss.

Gill Perkins, CEO of The Bumblebee Conservation Trust said: "The figure can take a bit of finessing but even allowing for some extrapolating, the studies show that Dingley Dell is feeding at least one million bees at any one time."