Teen Walking His Dogs Saves Toddler From Drowning In Canal

A 15-year-old boy in West Yorkshire has been hailed as a hero after jumping into a freezing canal to save a toddler from drowning. 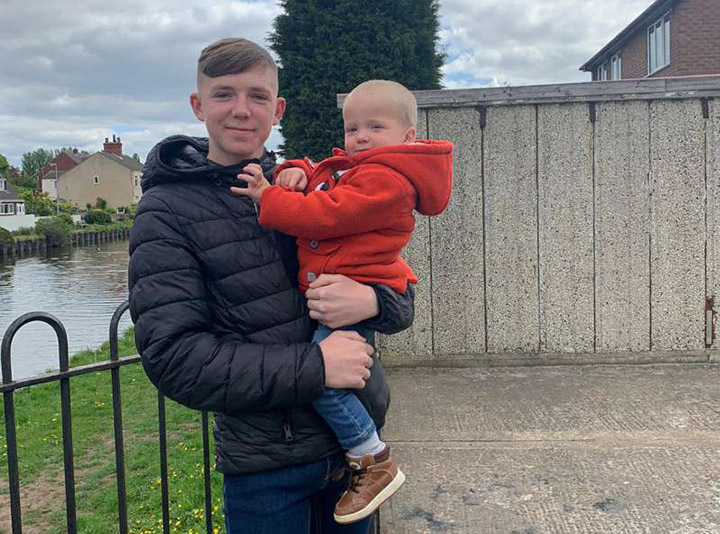 Ryley Ferguson was walking his two dogs when he spotted 15-month-old Reggie falling into the water while out on his own.

The teenager immediately threw off his shoes and coat and dove into the canal.

"It all happened in a split second and suddenly I was at the bottom of the canal and managed to grab him. I was pretty calm I think but I was flustered as the water was so cold and my heart was racing," Ferguson said.

"If I wasn't there, if I walked by just thirty seconds later, he could have died."

Ferguson struggled to get out of the canal as he was holding the toddler, but after shouting for help two men pulled them out of the water.

Reggie began to cry but Ferguson said he calmed down after he reassured him, saying, "don't worry, I got you".

Reggie's mother Rebecca Hampton said she was working in the garden when Reggie had wandered into the canal on his own.

"Ryley is our guardian angel, he saved my boy and saved my life," she said. "Reggie will grow up knowing who Ryley is and what he's done. He's our superhero."

A neighbor set up a GoFundMe page to raise funds for Ferguson but the teenager has refused to take any money and asked people to donate it to the NHS instead.