A petition calling for Captain Tom Moore to be knighted has passed 500,000 signatures - hours after the WWII veteran completed his garden walk which raised over $23 million for the National Health Service. 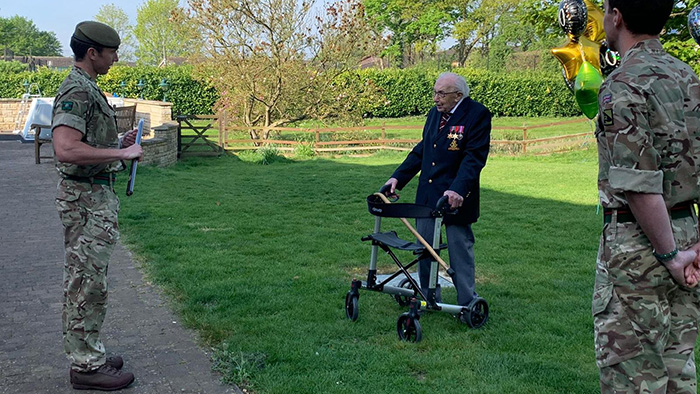 Sonia Wilson, an NHS midwife, started the Change.org petition, explaining that "it's given me and my colleagues a huge morale boost to watch Captain Moore over the last few days".

He’s done it! Well done Tom! 👏 I’ll be chatting to him live a bit later on @skynews 😊 pic.twitter.com/PzzIQ1raCx

"Not only that," she added, "but to see the outpouring of support from the public to support his fundraiser has been incredible.

Thank you Captain Moore. And thank you to everyone who has supported him.

Now this amazing motivational hero deserves to be awarded a knighthood." 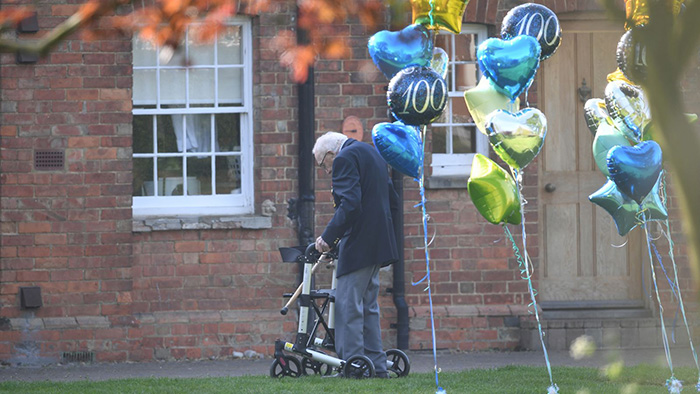 Captain Moore, 99, walked 100 laps around his garden during the Coronavirus pandemic to raise money for the NHS.

He completed his challenge on April 16.