In 2019, More Americans Went To The Library Than To The Movies

According to a recent poll, visiting the library remains the most common cultural activity Americans engage in, by far. 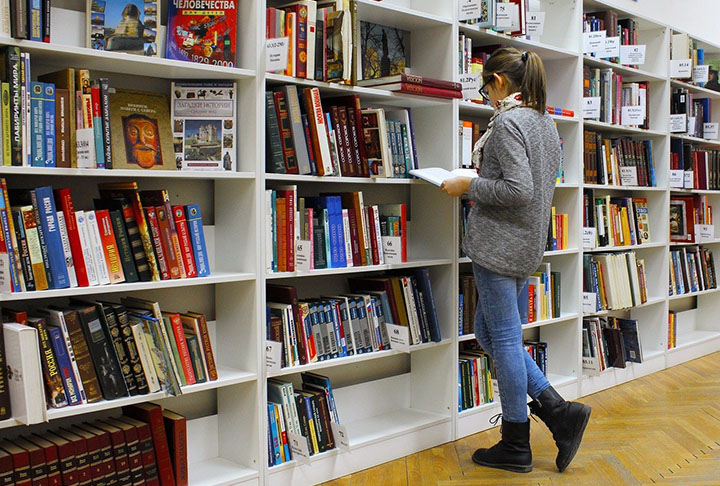 "The average 10.5 trips to the library U.S. adults report taking in 2019 exceeds their participation in eight other common leisure activities," said Justin McCarthy, a journalist and analyst at Gallup.

"Americans attend live music or theatrical events and visit national or historic parks roughly four times a year on average and visit museums and gambling casinos 2.5 times annually. Trips to amusement or theme parks (1.5) and zoos (.9) are the least common activities among this list."

The data was collected in a Dec. 2-15, 2019 Gallup poll -- an update from a December 2001 survey. The overall rankings at the beginning of the millennium remain the same today, but a small decrease has occurred in reported trips to the movie theater. 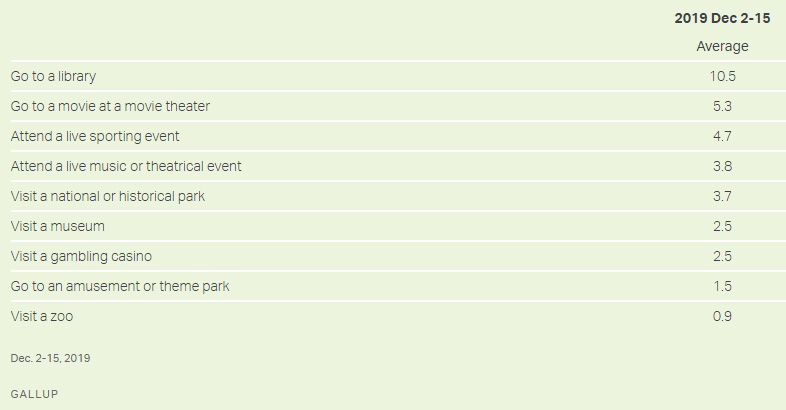 The highest average activity rates are among the 30 to 49 age group, while the lowest are among those 65 and older.

Despite the proliferation of digital-based activities over the past two decades -- including digital books, podcasts, streaming entertainment services and advanced gaming -- libraries continue to endure.

Now it makes sense why there are more public libraries than McDonald's in the US.