Katie Page received the surprise of her life when she learned that the girl she was about to adopt is the sister of her already adopted son. 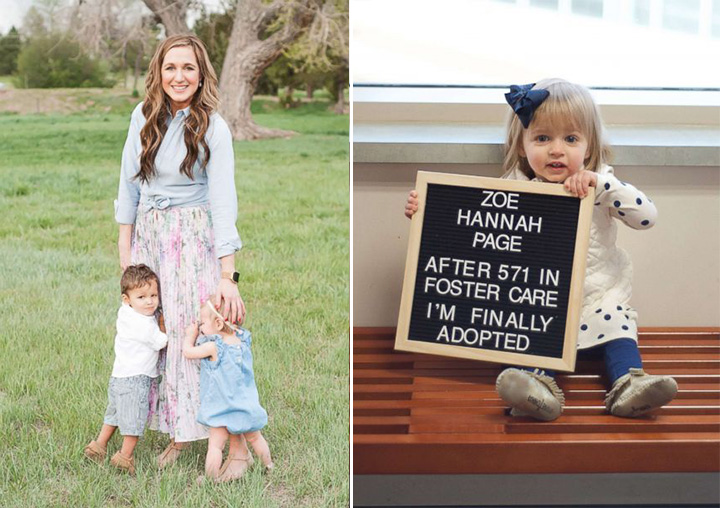 Katie became a foster parent in 2016 after going through a divorce. She had fertility issues during her marriage but always dreamed of being a mother.

She cared for four foster children before meeting Grayson, a baby who was abandoned at the hospital.

Just months after adopting Grayson, Katie received a call about a newborn girl, named Hannah, who needed a home.

As soon as she met Hannah, she knew it was meant to be.

"[The caseworkers] told me her story, which was really similar to Grayson's," Katie recalled. "I saw her medical bracelet and the first name of her mother was the same name as Grayson's mom. She didn't have a typical name."

But it was unclear if they were brother and sister since the biological mother had lied about her name.

Katie officially adopted Hannah on December 28, 2018 and a DNA test confirmed that the children are biological siblings.

But the story doesn't end here.

Katie has learned that there is now a 5-month-old who needs a home, and the child is from the same mother. She's planning to adopt this one as well.

"I was a single woman in a four-bedroom house and now every room in my house is full," Katie said. "It's never dull. People ask me all the time, 'How do you do it?' I never thought I'd have three babies, but God doesn't give you more than you can handle."