The owner of a fish market in Morro Bay, California, bought a 70-pound octopus just to set it free. 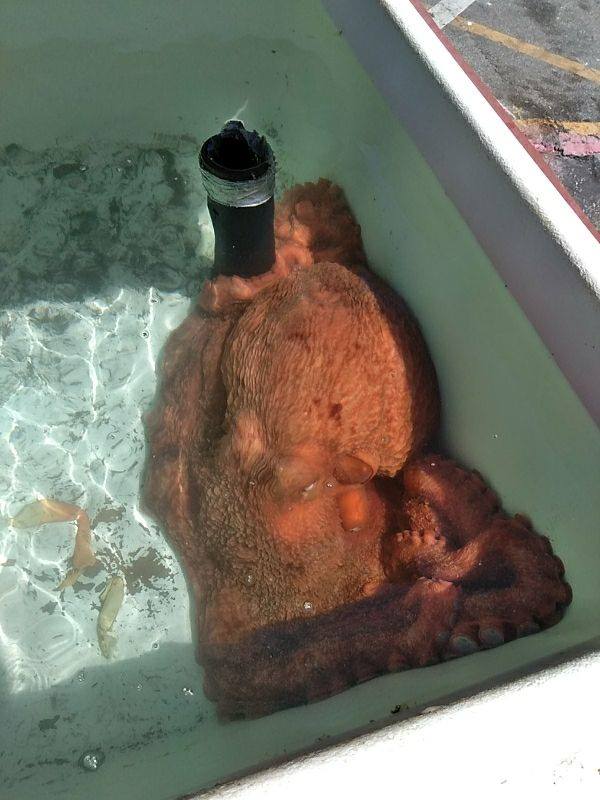 Giovanni DeGarimore, owner of Giovanni's Fish Market, received a phone call from a local fisherman who accidentally caught a giant octopus in a crab trap.

DeGarimore's livelihood depends on selling fresh seafood, but the businessman says the intelligence of the octopus sets it apart from the fish, shrimp and crabs he sells daily at his shop.

So when his dock manager called him to say a local crab fisherman was selling a 70-pound octopus caught in a crab trap, DeGarimore said he had a dilemma. He didn't want to financially reward the capture of octopus, but DeGarimore said he couldn't bear the thought of "a beautiful animal" being cut up while still alive.

He paid the fisherman a couple hundred dollars, and Fred temporarily took up residence at Giovanni's Fish Market.

"Meet Fred. He's a 70 Pound Octopus that Gio bought from a fisherman yesterday with the sole intention of releasing him back into the wild," the fish market wrote on Facebook. "As you may or may not know, Gio has taken a moral position to no longer support the sales of ANY Octopus products. While it might seem strange, we think it's actually pretty cool. Stay tuned to follow Fred's release back into the wild."

DeGarimore said he released the octopus in a secure place, well away from risks in the bay such as sea lions.

"It might not change the world, but I'm going to do one thing and if it only makes me and Fred happy that's okay too," he said.