I Met A Man Today 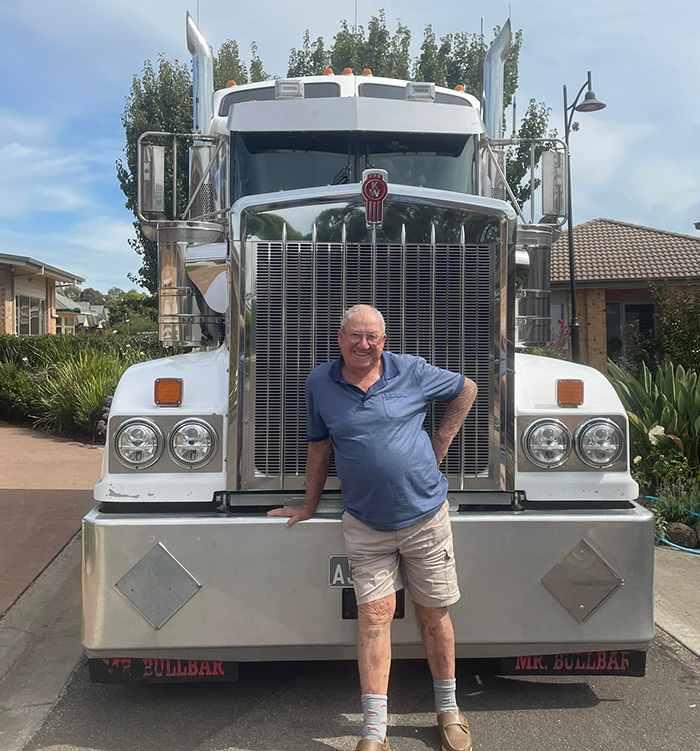 I met a man today.

It was only 20 mins or so, fleeting really, but had such an impact on the rest of my day.

Today I had the distinct pleasure of meeting an elderly gentleman named Jack Connell. He is 91 years young. Almost fully blind. And partially deaf. But he still has his humour, his wit and most definitely his old world charm.

While getting a pedicure at a nail salon in Waurn Ponds, Geelong, Australia, Jack was guided to the chair next to me by his neighbour and the neighbour's wife. (Who I found out were also in their 90's)

I told them 'I'd take care of him' and off they went to do their shopping while Jack waited to have his nails clipped. Being his first time in a nail salon, he was understandably a little embarrassed.

We got to chatting and we connected over his love and previous profession of being a truck driver (as is my husband) he told me stories of his first truck, of carting cattle & hay, driving a tanker and of his travels in the truck with his now departed wife. His favourite memory of them camping in the truck at the dog on the tuckerbox at Gundagai.

Jack noticed that I got a leg massage and he decided he wanted one, so I helped him explain to the ladies that was what he would like.

Jack asked me what I did for a living, I told him that I'm an independent disability support person - to which he excitedly says - 'hey, I'm disabled! I'm blind!!' To which he giggled and I laughed - reminding him he was also 91 and couldn't quite have it all.

When I was leaving, I said my goodbyes and thanked him for the chat, as I went to pay, I decided to pay for his treatment also, and tried to get away before he noticed. But the lady serving me, ran right over to him and told him. With tears in his eyes he asked me to come back over.

He tried reaching for his wallet, he told me that I couldn't possibly pay for him - to which my response was - 'yes I bloody can Jack. I already have'….

Again with tears, he told me he didn't know there were people in this world like me.

As I was choking on my response I heard a sob from behind me as a woman who was watching said that this is the most beautiful thing she's seen.

All I asked from Jack was a hug. Which he gladly gave, with a kiss on the cheek.

The woman again, said it was lovely, to which my response was that it was just someone showing a gentleman a little kindness, and his impact was greater on me than I'm sure mine was on him.

I told Jack he must have had an amazingly full life, to which his smile said it all. I thanked him for the opportunity to sit a chat awhile with an old trucker.

Then it was over. And I haven't been able to stop thinking about Jack since.

I lost my grandfather when I was 18. A little over 22 years ago. His name was Jack.