A Random Act Of Kindness

Today after work, as I was driving home, I realized my brake wasn't working. I started to panic and managed to pull over, luckily without crashing into anything (or anyone). It started to rain and get dark. Our campus happens to be in an urban area. I am a medical student. I have a 19-year old car. And now I found myself parked right in front of the hospital helicopter pad during traffic so I knew I had to move my car immediately (without the brake). Poetic... As I was struggling to figure out what to do, a middle-aged black man knocked on my car window and asked me if I needed help. I rolled down the window and explained to him what happened. He said it could be that I was out of brake fluid because that happened to his daughter's car. I thanked him for his help. This man later came back with a bottle of brake fluid. Not only did he go and buy it with his own money, he helped me open up the hood, put the fluid in, and then he knelt down on the wet ground to inspect the brake seal in the rain. I offered to pay for the brake fluid, but he refused to take my money. As I reached out to shake his hand, which now was covered in grease from my car, I found out that he once had a daughter, and her name was Miracle... I will not forget his kindness. 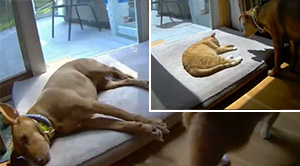