I was in a local store recently when I saw something that opened a window into my soul and let in a little more light. I had just picked up some shampoo and was headed to the pet supplies to get some more dog food for my furry friends. I decided to take a shortcut through one of the toy aisles. Blocking my way, however, was a young father and his four year old daughter. The little girl was pleading with her Dad to buy her a new doll. The Dad was being gentle but firm telling her they couldn’t afford it right now. Finally, the daughter burst into tears and said angrily, “I hate you!”

I thought that the father would get mad at her for this outburst. I know that I probably would have when I was his age. Instead he just smiled down at her, put his hand on her head, and said, “That’s alright. You’ll love me later”. I stood there in amazement as he took her hand and they walked off. Then it dawned on me that I had been in this situation many times myself over the years but not as the father.

Many times over the years I have cried and thrown a fit when I didn’t get what I wanted. Many times I grew angry at God when I felt my prayers weren’t being answered. Through them all, though, our Heavenly Father was patient, loving, and kind with me. He knew that I didn’t understand why certain things had to happen the way they did. He knew that my anger was a part of my growing up spiritually in this world. He knew that I would love Him later. 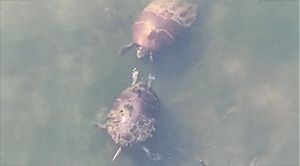