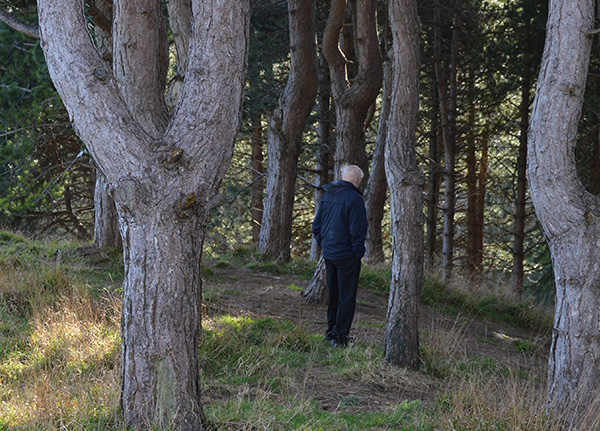 So, I was up in the Phoenix Park today taking photos of the Bambi's (deer) when I wandered into a bit of a mad scene, to say the least. A man was sobbing uncontrollably and was clearly distressed. Families out walking and others in the park scuttled past him awkwardly trying to avoid him. I watched this for 10 minutes before going over to him and asking if was he okay. He clearly wasn't.

His name was Derek, and he just lost his wife that afternoon after a long illness. She had passed away days before they were due to celebrate their 35th wedding anniversary. There is a bench just out of shot to the left where he asked her to marry him all those years ago. I sat down with him there for a good half an hour where he told me about all the good times they shared and how lucky he was to have found his "soul mate." I literally could have spent the day listening to him but he had to go and make the obvious arrangements.

I watched him get back into his car and drive off with a little smile on his face as he took a final look back at me on the bench. I assume that he was remembering the good times they shared. R.I.P Margaret.