This is Shrek, the appropriately-named renegade sheep that escaped and avoided shearing for SIX long years. 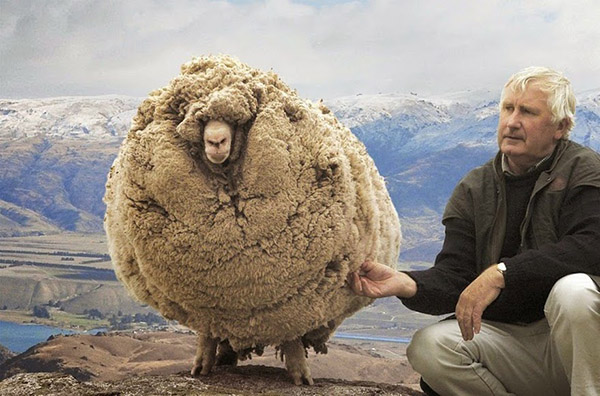 Shrek really, really, really did not like getting his hair cut. So for six years, this New Zealand libertarian managed to avoid spring shearings by hiding in a cave.

By the time he was found in 2004, his owners couldn't even tell he was a sheep. 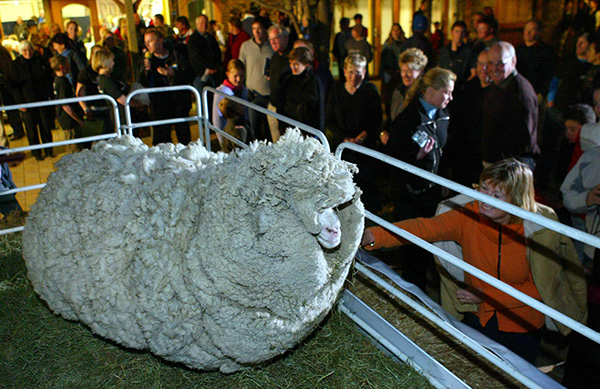 According to modern farmer, when Shrek was eventually sheared, there was enough wool to produce 20 men's suits. 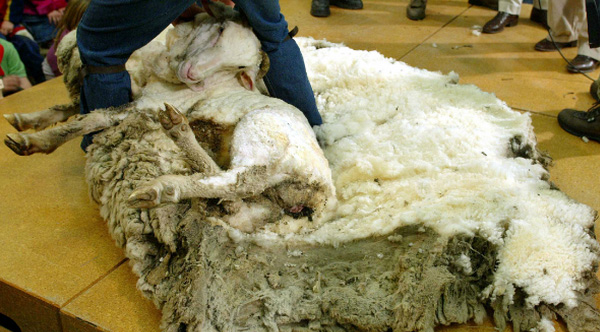 So if a sheep does not get sheared, will the wool keep growing and growing?

Yes, but only if it is a domesticated sheep. They've evolved based on the way humans groom them. Primitive sheep, like Bighorns in the West, still shed most of their wool every year.

Perhaps Shrek realized he needed help (heat stress, mobility issues, vision impairment) and wanted to be found. We may never know, but he's certainly got a great smile! 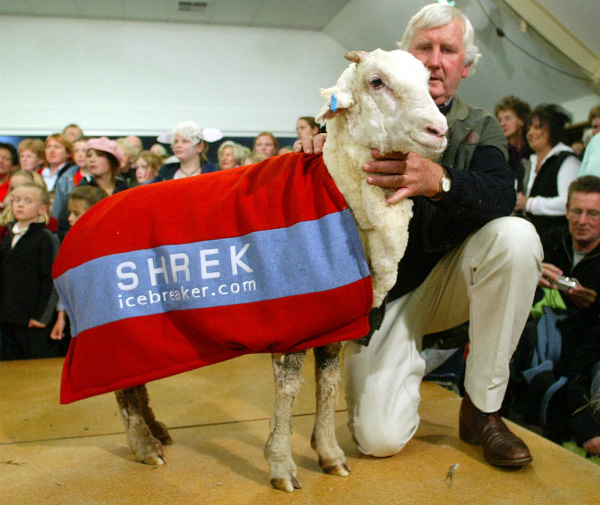