"I know finding someone who wants a chucky doll in a dogs body is hard, but I have to try," Tyfanee Fortuna wrote in a Facebook plea to adopt her foster dog, Prancer. 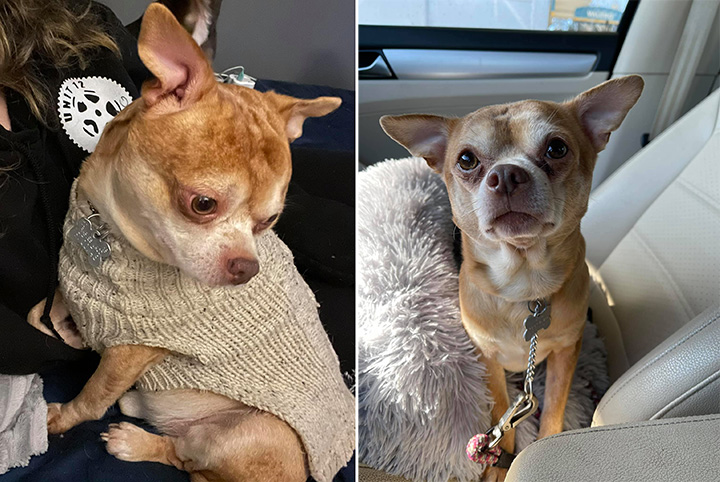 Prancer, a 2-year-old Chihuahua, took social media by storm earlier this month when Fortuna posted a brutally-honest rant about his many negative traits, while desperately trying to find him a new home.

"Ok, I've tried. I've tried for the last several months to post this dog for adoption and make him sound...palatable. The problem is, he's just not. There's not a very big market for neurotic, man hating, animal hating, children hating dogs that look like gremlins. But I have to believe there's someone out there for Prancer, because I am tired and so is my family. Every day we live in the grips of the demonic Chihuahua hellscape he has created in our home. If you own a Chihuahua you probably know what I'm talking about. He's literally the Chihuahua meme that describes them as being 50% hate and 50% tremble. If you're intrigued and horrified at how this animal sounds already, just wait....there's more.

Prancer came to me obese, wearing a cashmere sweater, with a bacon egg n cheese stuffed in his crate with him. I should have known in that moment this dog would be a problem. He was owned by an elderly woman who treated him like a human and never socialized him. Sprinkle in a little genetic predisposition for being nervous, and you've concocted a neurotic mess, AKA Prancer. His first week he was too terrified to have a personality. As awful as it sounds, I kind of liked him better that way. He was quiet, and just laid on the couch. Didn't bother anyone. I was excited to see him come out of his shell and become a real dog. I am convinced at this point he is not a real dog, but more like a vessel for a traumatized Victorian child that now haunts our home.

Prancer only likes women. Nothing else. He hates men more than women do, which says a lot. If you have a husband don't bother applying, unless you hate him. Prancer has lived with a man for 6 months and still has not accepted him. He bonds to a woman/women, and takes his job of protection seriously. He offers better protection than capitol security. This also extends to other animals. Have other dogs? Cats? Don't apply unless they like being shaken up like a ragdoll by a 13lb rage machine. This may be confusing to people, as he currently lives with my other 7 dogs and 12 cats. That's because we have somewhat come to an agreement that it's wrong to attack the other animals. But you know that episode of The Office where Michael Scott silently whispers 'I'll kill you.' to Toby? That's Prancer having to begrudgingly coexist with everyone when I'm around.

We also mentioned no kids for Prancer. I think at this point, you can imagine why. He's never been in the presence of a child, but I can already imagine the demonic noises and shaking fury that would erupt from his body if he was. Prancer wants to be your only child. 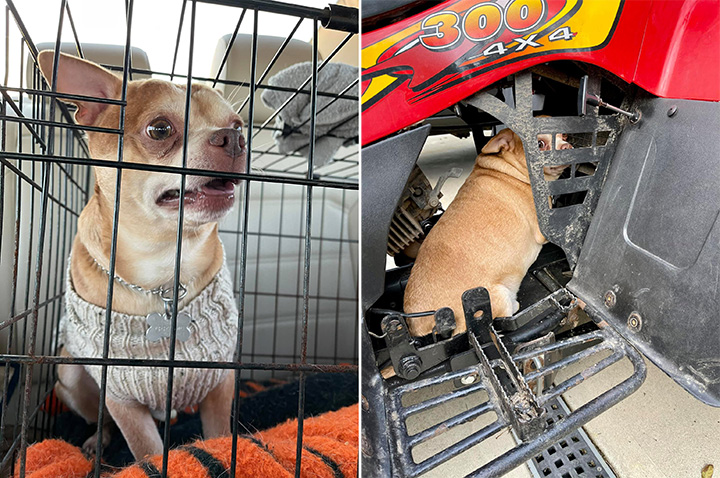 So what are his good traits? He is loyal beyond belief, although to tell you a secret his complex is really just a facade for his fear. If someone tried to kill you I can guarantee he would run away screeching. But as far as companionship, you will never be alone again. He likes to go for car rides, he is housebroken, he knows a few basic commands, he is quiet and non destructive when left alone at home, and even though we call him bologna face he is kind of cute to look at. He also 'smiles' when he is excited. His ideal home would be with a single woman, a mother and daughter, or a lesbian couple. You can't live in an apartment or a condo unless you want him to ankle bite your neighbors. We already addressed the men and children situation. If you have people over he would have to be put away like he's a vacuum. I know finding someone who wants a chucky doll in a dogs body is hard, but I have to try.

Prancer is available through Second Chance Pet Adoption League. He is in New Jersey but can be adopted anywhere in the general tri state area. If you've always wanted your own haunted Victorian child in the body of a small dog that hates men and children, please email njwoof@cs.com. Oh, also he's only 2yrs old and will probably live to be 21 through pure spite, so take that into account if you're interested." 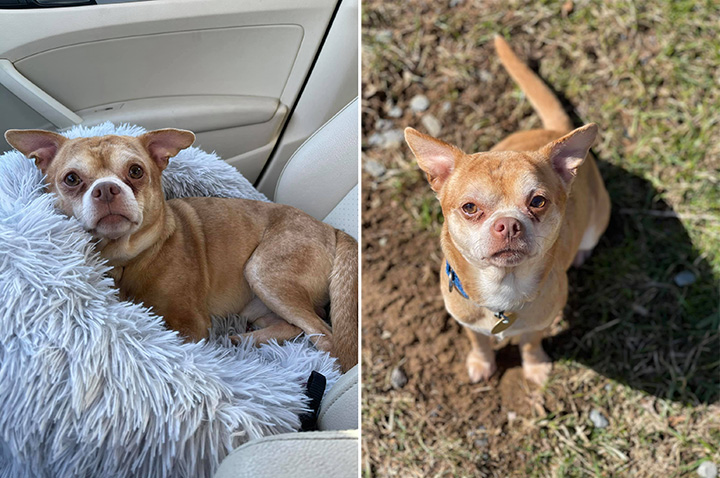 "Time flies when you're having fun. Time also flies when the Chihuahua who held your family hostage for 6 months finally gets adopted. Prancer is almost a distant nightmare to me now, even though he was adopted just over a week ago. His adoption day was one of the best days of my life. On the flip side, I couldn't help but feel a bit wrong....it was like expelling myself of a demon and passing it on to someone else. I justify it by knowing it was a consensual exchange, and I couldn't have made the terms and conditions anymore clear. It also helps that his new victim is madly in love with him (or she has Stockholm syndrome already.)

On a more serious note, I am still blown away by the reach Prancer's adoption bio had. I never expected it would blow up the way it did, but I am so thankful to everyone who shared his story, even if just for the comedic value. I was going to be really embarrassed if I said all those unsavory things and it didn't work out...there would be no coming back from that. You can't call a dog a 13lb rage machine and then write another follow up bio saying 'He's a sweet boy who just needs time to warm up!' So I really can't thank the internet enough for embracing him as he is. Someone on Twitter even called him a queer icon. He's now living his best life in Connecticut, which seems fitting.

In another unexpected turn of events, sharing Prancer with the internet garnered myself a lot of accolades. I need everyone to know that I have read every single message I've received. Yes, even yours. I was overwhelmed and was not able to respond to most people, but please know that many of you made me cry with your kind words and encouragement. I don't have my life together, it's kind of a chaotic mess and doesn't make much sense to me. But one thing that has always made sense to me is working with animals. Prancer was a very challenging dog, but he was not my first rodeo. I worked at an animal shelter for 11yrs, and I regularly foster/adopt dogs (and cats) who need extra attention. I still don't know what to do with my 15 minutes of fame, but I have some ideas. If anyone would like to follow along with my personal assortment of misfit animals, as well as enjoy some comedic relief, you can follow The Misfit Circus.

In closing, we do miss Prancer and he was loved here despite his quirks. I have a lot of experience with toxic men, so it was easy for me to overlook his malicious tendencies and love him anyway. However, being relieved of the constant haunting of a Victorian child has me sleeping easier."