The obituary of Margaret Ruth Groening, the mother of "The Simpsons" creator Matt Groening, accurately describes the origins of the names of some of the show's characters. 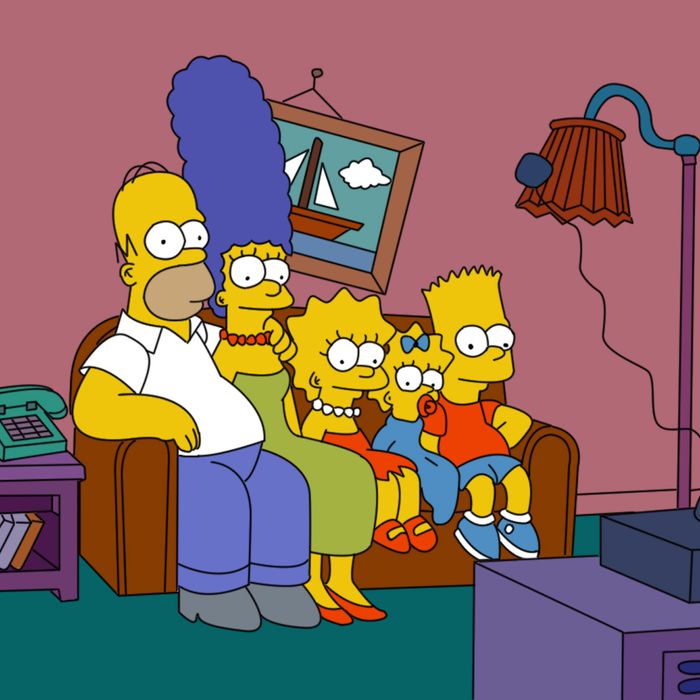 She was married to a man named Homer, "whom she chose because he made her laugh the most". 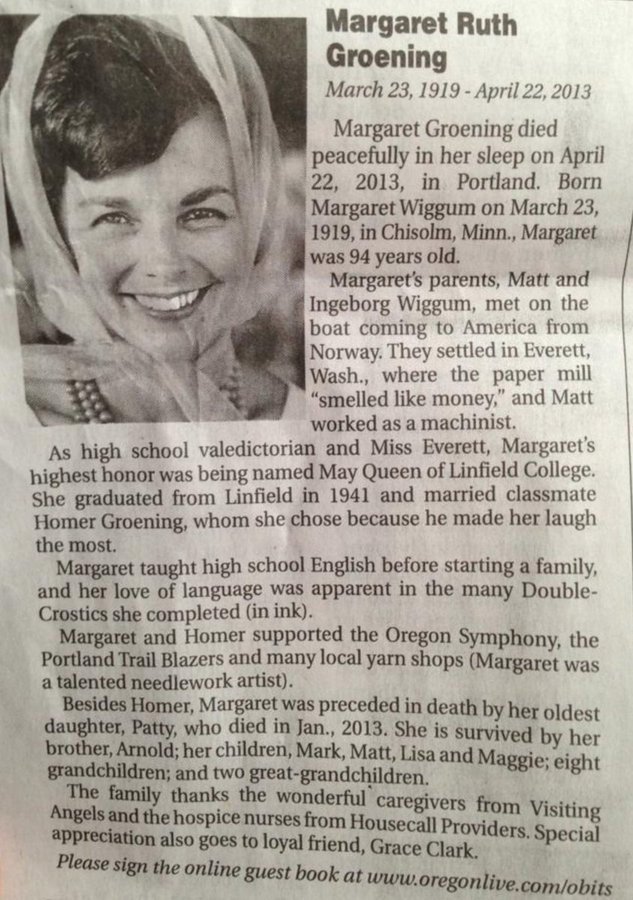 Also, the only Simpson family member not named after one of Groening's is Bart, who was named because Bart is an anagram for brat.