The inside of a a volcanic rock discovered in Brazil bears a striking and uncanny resemblance to Sesame Street's Cookie Monster. 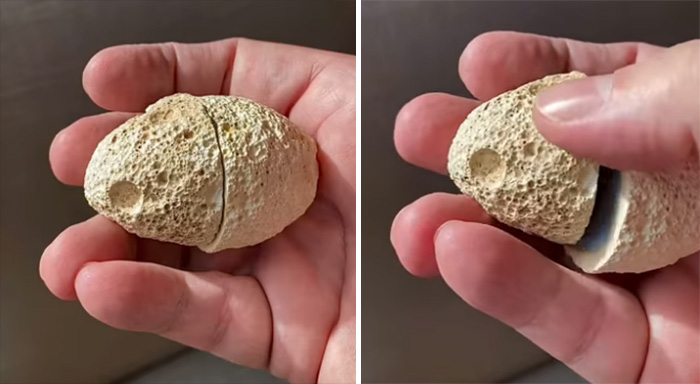 The rare agate was found in November by Lucas Fassari in Rio Grande do Sul, Brazil's southernmost state.

It was sent to American geologist Mike Bowers who specialises in rock formations.

"This is very unusual! There are a few famous agates out there: the owl, the scared face... there are many approximate ones but rare to find clear well defined like that," Bowers told the Daily Mail.