"I'll never forget the day my mom called me in a panic: 'Janna, you've got to convince your daddy to get rid of that horse, it's gonna kill him!'"

Janna Grapperhaus shared the touching story of the bond that was built between her father and an abused horse.

Major was a young and vicious stallion when her father bought him. He "couldn't be broke".

"The men who owned him previously had used a technique to break horses that involved beatings and tying his head tightly between two posts where they left him standing without food or water for 4 weeks," Janna said.

When her father brought him home, Major barreled through five strands of fence within minutes of arriving. He'd bite and strike anyone that got too close.

"My dad never broke him... he earned his heart," she explained. "Every single day, for hours and hours dad worked to earn that abused horse's trust. Love won and after two full years, Major allowed my dad to ride him. When dad would go out, Major would kiss him on the head over and over. They had a bond that only horse people could ever understand."

So when her father passed, it seemed fitting to let Major say goodbye.

"This is Major's last kiss." 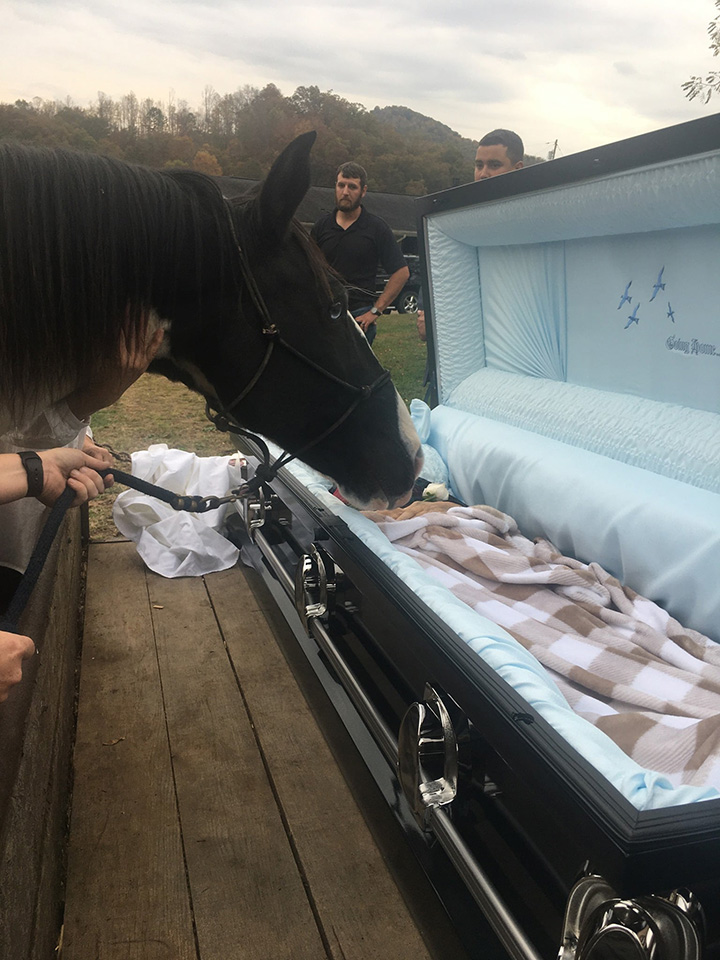